Radel Fazleyev (Russian: Радель Равилевич Фазлеев; born 7 January 1996) is a Russian professional ice hockey forward who currently plays for Neftyanik Almetievsk of the Supreme Hockey League (VHL). He was drafted in the sixth round of the 2014 NHL Entry Draft by the Philadelphia Flyers.

Fazleyev signed a three-year entry-level contract with the Flyers on 28 May 2015 and played three seasons with their American Hockey League affiliate the Lehigh Valley Phantoms. Midway through his third season with the Phantoms, Fazleyev agreed to a mutual termination of the final year of his contract and he signed with Ak Bars Kazan on 25 December 2018.

In the 2019-20 season, Fazleev initially began with HC Neftekhimik Nizhnekamsk, appearing in 14 games before returning in a trade to the Ak Bars Kazan organization. He was unable to solidify a role within Ak Bars and was released as a free agent at the conclusion of the VHL season.

On 26 June 2020, Fazleev was signed to a one-year contract to continue in the VHL with Neftyanik Almetievsk.

The contents of this page are sourced from Wikipedia article on 13 Jul 2020. The contents are available under the CC BY-SA 4.0 license.
comments so far.
Comments
From our partners
Sponsored
Reference sources
References
https://www.nhl.com/flyers/news/flyers-sign-radel-fazleev-to-entry-level-deal/c-769132
https://www.nbcsports.com/philadelphia/flyers/report-flyers-place-prospect-radel-fazleev-unconditional-waivers
https://en.khl.ru/news/2018/12/25/423737.html
https://ahc-neftyanik.ru/article.asp?id=Fazleev-i-Lapin-popolnili-Neftjanik-4575
https://www.nhl.com/player/8478096
http://www.eliteprospects.com/player.php?player=231738&lang=en
http://www.eurohockey.com/player/533884-.html
http://www.hockeydb.com/ihdb/stats/pdisplay.php?pid=170200 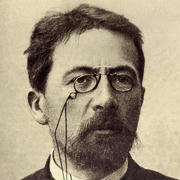 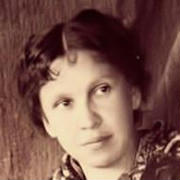