He graduated from the Faculty of Law of Masaryk University in Brno. From 2000 to 2003 he worked as an articled clerk in the law office of JUDr. Ján Halás in Kroměříž. Since then he has been a solicitor. He is married and has two children.

In the elections to the Chamber of Deputies of the Parliament of the Czech Republic in 2017 he was the leader of ANO 2011 in the Zlín Region. [7] He received 4,687 preferential votes and defended his mandate. [8]

On 22 November 2017 he was elected Speaker of the Chamber of Deputies of the Parliament of the Czech Republic, gaining 135 votes. 197 votes were collected, 14 votes were cast, two votes were invalid and 46 other members did not cast their votes. [9]

The contents of this page are sourced from Wikipedia article on 26 Aug 2020. The contents are available under the CC BY-SA 4.0 license.
comments so far.
Comments
From our partners
Sponsored
Reference sources
References
http://www.ceskatelevize.cz/ct24/domaci/2310592-snemovna-si-zvoli-noveho-predsedu-jedinym-kandidatem-je-vondracek-z-ano
Trending today in 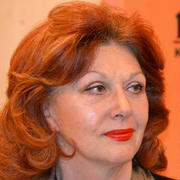