Daughter and sister of presidents of indonesia

Rachmawati was born in Jakarta in 1950 to President Sukarno and his third wife Fatmawati. When she was three years old her mother left the palace in protest at Sukarno's plans to take multiple wives. Her mother lived separately in Jakarta. For this reason she was brought up by her father and his new wife, Hartini.

She had intended to be a doctor but when she enrolled at the University of Indonesia in 1969 she opted to study law.

Rachmawati was the founder of the University of Bung Karno, she was on the Presidential Advisory Council and Chair of the Sukarno Education Foundation and the Pioneers' Party.

She has led the advisory board of the Nasdem Party since 2011.

She has been arrested on 2 December 2016 on account of coordinating 'makar', an Indonesian term for a movement to overthrow the government. 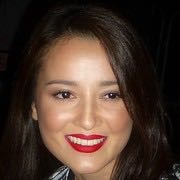