Rabadaba is a Ugandan musician and actor currently playing Suna/Simon Kintu on Beneath The Lies. He came to prominence in 2009 to Uganda's music industry after the release of bwekiri song. He went a head and produced other hit songs like Mukyamu, Oli mubi,and this prompted him to make a music collabo with the Good lyfe crew boys, particularly still in 2009, Opportunity also known as ability in which he sang the first part. In 2010, Rabadaba was one of the most sought artists in Uganda had he had won the Ragga Artist of the year Annual PAM Awards.

Rabadaba began his music career back in 2006 when he was under the local music crew,spontaneous which had other musicians like Grace Nakimera,Gatimo and paragon.however the group members separated animously and began solo projets and that was in 2008. However Rabadaba started his singing solo career particularly in 2009 in which he released bwekiri song which introduced him to the music industry of Uganda

Rabadaba mixes his music lyrics in hip hop style, in which he also adds Ragga and Luga flow styles and form a local music style Luga-Ragga. Rabadaba has done a collabo with don mc, Love portion

In the 2010 Buzz awards, Rabadaba was among the artists competing for the teens awards. Other musicians included Bebe Cool, Navio, and GNL Zamba for the Artist of the Year category. Bwekiri, Mr.Dj and Vumilia competed for song of the year. However, in the 2011 BTA buzz teens awards nominations, Rabadaba did not appear on the nominations so was topped by other singers like Sizzaman Dictionary and Keko

This music table depicts music collaborations that Rabadaba have done and compiled with other musicians:

Rabadaba has landed cash deal with new O condoms. He was chosen ambassador of the campaign, working with the Maisha Dance Group for all O condom events, he was also sighted by orange telecom for their Gyekiri campaign.

In 2011, mistrust broke out between Rabadaba and one of the Good lyfe crew member Thaddeus(silent member or back up artiste of the Goodlyfe) and this resulted into a fight, however in course of the due Raabadaba stabbed Thaddeus with a benet in the stomach, so Rabadaba was arrested and jailed the whole weekend,however was released on a police bond and was supposed to appear at Makindye magistrate court on Monday morning to answer cases of attempted murder and aggravated assault and if found guilty, he would spend not less than 10 years in prison. The scene of the crime at De Posh Bar in Kabalagala was visited by the police of Uganda in search for exhibits, however the pinned victim of Goodlyfe was admitted in the theatre four times in a row in less than 24 hours unfortunately he died.

Rabadaba debuted his acting career in 2014 when he joined the star studded cast of Beneath The Lies. 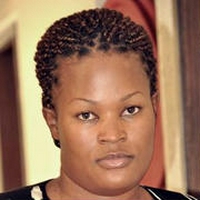 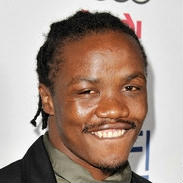 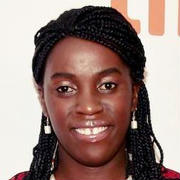