Known as "Ruly", Carpenter was educated at the Hillman Academy in his hometown of Wilkes-Barre, Pennsylvania, and at Massachusetts Institute of Technology.

He worked in his family's hardware store before joining DuPont as a district purchasing agent in 1906. He married Margaretta Lammot du Pont, the sister of company president Pierre S. du Pont, on December 18, 1906. They had a son, Robert Ruliph Morgan Carpenter, Jr.

He began working under another brother, Irénée du Pont in the development department, of which he was named director in 1911. Carpenter was instrumental in guiding the company's diversification outside the explosives industry, being appointed to the executive committee and serving on the board of directors from 1914 until his death in 1949. During his tenure, he held positions including head of personnel and vice president. His younger brother, Walter S. Carpenter, Jr., was President of DuPont from 1940 to 1948.

In 1940, Carpenter joined the board of trustees of the University of Delaware, and was a major catalyst for the development of its athletic program, personally funding the construction of a new gymnasium. In 1943, he purchased the Philadelphia Phillies of the National League. He left day-to-day control in the hands of his son, R. R. M. Carpenter, Jr., who continued his father's tradition of substantial support for the University of Delaware’s athletic program after his father's death.

Carpenter also served as president of Wilmington's Homeopathic Hospital, as a trustee of Philadelphia's Academy of Natural Sciences, and as director of the Girard Trust Company, and of the Philadelphia, Baltimore and Washington Railroad.

He died on June 11, 1949, of cancer at Memorial Hospital in Wilmington, Delaware. 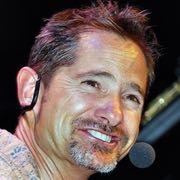