R-Mean (Dr. Armin Hariri), is an American-Armenian rapper, songwriter, and co-founder of Pentagon Records, a Los Angeles, California based record label. Known for his explosive freestyles, creative wordplay and lyricism on Sway in the Morning Shade45, MTV Rapfix, MTVJams, and the world famous Wake Up Show.

He is most recognized for his single "Lost Angels" featuring multi-platinum artist The Game, which debuted on MTV Jams, November 21, 2013. Praised for his song “Open Wounds”, the song gave birth to Open Wounds 1915 a non-profit organization in raising awareness for the first genocide of the 20th century, the Armenian Genocide of 1915. Spreading the word through the use of pop culture and social media.

Armin Hariri was born in Los Angeles, California and raised in Amsterdam, Netherlands. Shortly after moving to the Netherlands, Armin's father died during a kidney operation and was raised by his mother. At age 14 he realized he had a talent for writing and rapping. At 18 he decided to move back to Los Angeles to pursue his music career.

At age 14, Armin started writing his name as "R-Mean" to avoid confusion on how to pronounce his name, a name he adopted as his artist name. Soon after R-Mean started rapping, he met producer Blind, who was shot in his face, chest, and back, during a drive-by shooting and completely lost his eyesight. After Blind had lost his eyesight he turned to producing music. Together with R-Mean, he founded Pentagon Records where the pentagon represents the four corners of the world, and the fifth angle, God.

R-Mean officially started his music career in 2005, with the release of his first album "Broken Water" with the song "Open Wounds" which is dedicated to building awareness and gaining recognition of the Armenian Genocide. The song Open Wounds gained popularity amongst the Armenian community all over the world and generated sales of over 13.000 copies of Broken Water independently.

In 2006 R-Mean competed against 7000 other independent artists over MySpace to be featured in the soundtrack of the videogame Scarface: The World Is Yours initiated by Interscope and MySpace Records. After 200 entrants were selected, a top 20 was made by MySpace executives to which the MySpace audience could vote for. R-Mean's song "My World" was chosen as the runner-up winner and the only rapper in the top 3. As runner up winner R-Mean performed at the game's official release party as opening act to Wolfmother.

In 2007, R-Mean's popularity grew as he was featured on drops on hiphop radio station Power 106. In the same year he released the mixtape Jackin' for beats where he raps over famous beats as well as original songs. The mixtape is hosted by Power 106 DJ's Tha Goodfellas, and also features the song My World. The song Call Me was played on 93.5 KDay on Tha Goodfellas show 'Hate it or Love it' and 95% of the audience loved it.

R-Mean's "Hate Me" video was the 1st runner-up in the G-Unit/Interscope YouTube "On The Rise" contest. Out of thousands of submissions the video was handpicked by 50 Cent, Common and Polow da Don. The song was featured on his 2009 released the Risin Son, which started out as a mixtape of unreleased songs but eventually became a whole new album. The title of the album is derived from a nickname he was given, and symbolizes the rise of the next generation.

The song on the album "See it in his Swagger" was featured in a Charter Communications commercial that ran from 2010–2011. After having shows in London and Amsterdam R-Mean released the mixtape Nah Mean. Vol. 1. The mixtape included feature with Chino XL and on October 26, 2011 R-Mean was featured on MTV's Rapfix Live where he premiered his video "Crocodile Tearz" to Sway Calloway and rapgroup Mobb Deep. In 2011 R-Mean performed twice on Power 106's The Wake Up Show with King Tech. Following the release of Nah Mean, R-Mean released the mixtape The Infection: Nah Mean Vol. 2 as a free download on hotnewhiphop.com. The mixtape includes the song "One Minute" featuring MC Eiht and Crooked I.

R-Mean has appeared multiple times on Shade 45's show Sway in the Morning where he did a freestyle over the 5 Fingers of Death. On November 18 R-Mean released his mixtape Far From Heaven with guest verses from Joe Budden, Glasses Malone, battle rapper Dizaster and productions from King Tech, Viruss Beats, and Nizzy J. The first single This Side of Me has a mini-movie style video where he struggles to kill the darker side of himself. Currently, he is working on his biggest project to date, his upcoming album 7 Deadly Sins which will feature the song Lost Angels with The Game and other features such as Slaughterhouse member Crooked I. In 2012 R-Mean released the first single Lost Angels featuring multi-platinum rapper Game. The video premiered on MTV Jams on November 23.

On April 1, 2013 R-mean re-released his song Open Wounds "Remastered" with a video to increase awareness on the Armenian Genocide and started a movement "Open Wounds 1915". A big part of the movement was the spreading of t-shirts with the text "Our Wounds Are Still Open 1915". The t-shirts became a huge hit and were distributed all over the world to Armenian and non-Armenian supporters of the movement. Some notable supporters of the movement include rapper Game, rapper Crooked I, boxer Vanes Martirosyan, Sway Calloway, Serj Tankian, former Destiny's Child member Farrah Franklin, and congress politician Adam Schiff. R-Mean continues the movement by spreading awareness outside of April 24, which is the Armenian Genocide Remembrance Day. The video gained over 260,000 views on YouTube. R-mean was interviewed about the song and the movement by King Tech on Shade 45's Wake Up Show Recently, R-Mean joined together with other Armenian/American rappers and released "the Armenian Cypher" which is hosted by KPWR mixshow DJ Vick One.

R-Mean obtained a Doctorate of Pharmacy (Pharm D.) and is able to speak English, Armenian, Dutch, and Farsi. 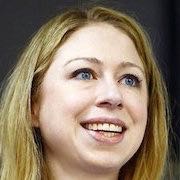