Quintus Servilius Caepio the Elder was a Roman statesman and general, consul in 106 BC, and proconsul of Cisalpine Gaul in 105 BC. He was the father of Quintus Servilius Caepio the Younger and the grandfather of Servilia.
During his year of office as consul, he brought forward a law by which the jurymen were again to be chosen from the senators instead of the equites (Tacitus, Ann. xii. 60)
In the Battle of Arausio in 105 BC, Caepio led one of the two forces against the Germanic tribes (the Teutones, the Cimbri, and Tigurini/Marcomanni/Cherusci) along with the consul Gnaeus Mallius Maximus.
While marching to Arausio (modern-day Orange) Caepio plundered the temples of the town of Tolosa, ancient Toulouse, finding over 50,000 fifteen-pound bars of gold and 10,000 fifteen-pound bars of silver. Strabo reports a story told in his time of this semi-legendary treasure, the aurum Tolosanum, supposed to have been the "cursed gold" looted during the sack of Delphi during the Gallic invasion of the Balkans in 279 BC. The riches of Tolosa were shipped back to Rome, but only the silver made it; the gold was stolen by a band of marauders, who were believed to have been hired by Caepio himself. The Gold of Tolosa was never found, and was said to have been passed all the way down to the last heir of the Servilii Caepiones, Marcus Junius Brutus.
At the Battle of Arausio, Caepio refused to co-operate with his superior officer, the consul Gnaeus Mallius Maximus, who was a new man, not a member of the Roman elite. Caepio refused even to camp with Maximus and his troops; when it appeared that Maximus was going to reach a treaty and take the glory for the resolution, Caepio ordered his men to engage the Germans, and the battle that ensued saw the complete destruction of the Roman army.
Upon his return to Rome, Caepio was tried for "the loss of his army" by a tribune of the plebs, Gaius Norbanus. Despite being defended by the orator and consul Lucius Licinius Crassus, Caepio was convicted, and was given the harshest sentence allowable: he was stripped of his citizenship, forbidden fire and water within eight hundred miles of Rome, nominally fined 15,000 talents (about 825,000 lb) of gold, and forbidden to see or speak to his friends or family until he had left for exile. (The huge fine—which greatly exceeded the Treasury of Rome—was never collected.)
Two versions detail what happened thereafter: according to one, Caepio died in prison and his body, mangled by the executioner, was put on display on the Gemonian steps; however, according to the more commonly accepted version, he spent the rest of his life in exile in Smyrna in Asia Minor. 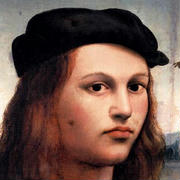 261st Pope of the Catholic Church