Quentin Richard Stephen Letts (born 6 February 1963) is an English journalist and theatre critic, writing for The Daily Telegraph, Daily Mail, Mail on Sunday, The Oldie and New Statesman, and previously for The Times.

The son of Richard Letts and his wife Jocelyn Elizabeth (née Adami), he was born and raised in Cirencester and for a while attended Oakley Hall Preparatory School, which was run by his father. He went on to board at The Elms in Colwall on the Herefordshire side of the Malvern Hills. His education continued at Haileybury and Imperial Service College, then at Bellarmine College, Kentucky (now Bellarmine University), before going to Trinity College, Dublin, where he edited a number of publications including The Piranha, Trinity's satirical newspaper. He graduated with an MA degree in Medieval and Renaissance Literature. At Jesus College, Cambridge he gained a Diploma in Classical Archaeology.

Since 1987, Letts has written for a number of British newspapers. His first post was with the Peterborough gossip column for the Daily Telegraph. For a time in the mid-1990s he was New York correspondent for The Times. He was the person behind the Daily Mail's Clement Crabbe column for a period, and has been the paper's theatre critic since 2004, and is also a political sketchwriter. He lists his hobbies in Who's Who as "gossip" and "character defenestration".

A regular target of the latter trait was the former Speaker of the House of Commons Michael Martin whom he nicknamed "Gorbals Mick". Martin is not from and has never lived in the Gorbals, a slum area in Glasgow.

In the print and online versions of The Daily Mail in 2016, Letts described the BBC journalist Andrew Marr as "Captain-Hop-Along, growling away on BBC One, throwing his arm about like a tipsy conductor". Marr is recovering from a stroke he suffered in 2013, and Letts later apologised for the remarks.

Peter Wilby of The Guardian posits that an article by Letts about Harriet Harman was misogynistic. The same paper's theatre critic, Lyn Gardner, observed of a 2007 review by Letts' of a stage adaptation for children of Looking for JJ: "I think that this is the first time I've heard of a theatre critic arguing for censorship and demanding that a play should be removed from the stage".

Letts was invited to present an edition of the BBC current affairs programme Panorama broadcast on 20 April 2009, which dealt with the growing criticism of the influence of health and safety on various aspects of British life. He has also been a regular guest on BBC programmes, such as Newsnight, Have I Got News For You and This Week (with Andrew Neil). He presents a programme on BBC Radio Four called What's the Point Of …?, in which he questions the purpose of various British institutions. A 2015 programme in the series, which mocked the science behind climate change, was not repeated after its first broadcast and withdrawn from the BBC iPlayer after the BBC Trust found it to be in "serious breach" of BBC rules on impartiality and accuracy.

Letts has written three books, 50 People Who Buggered Up Britain, Bog-Standard Britain, and Letts Rip! all with his UK publisher Constable & Robinson. In Bog Standard Britain he attacks what he sees as Britain's culture of mediocrity, where political correctness has, in his words "crushed the individualism from our nation of once indignant eccentrics", in one chapter arguing that 1970s feminist writer Germaine Greer may, by asserting female sexuality, have given rise to the modern British phenomenon of "ladettes", and that this encouraged men to behave badly towards women, thus doing the cause of equality a disservice. 50 People Who Buggered Up Britain has sold around 45,000 copies and was reviewed in The Spectator as "an angry book, beautifully written".

Letts married in 1996. The couple have a son and two daughters and live at How Caple, Herefordshire. 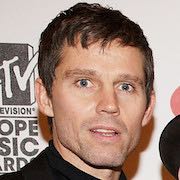 British civilian maritime Ship's Cook decorated for bravery aboard the 'Rangitane', on 26 November 1940