Hayden Frances Dunham (born June 16, 1988) is an American performance artist known for her musical project QT, an initialism for Quinn Thomas. QT is a pop singer portrayed by Dunham who promotes and is the living embodiment of the semi-fictitious DrinkQT energy drink. Her debut single "Hey QT", produced by A. G. Cook and Sophie, was released in 2014.

A package with the DrinkQT energy drink

Dunham grew up in Austin, Texas and attended the Gallatin School of Individualized Study at NYU. Before the QT project, Dunham had done work as a designer and artist. She met British producer Sophie after the two had seen each other at various events. She found Cook, head of the PC Music record label, through his work online. Dunham originally wanted to do a song as a way to market a QT energy drink, and she asked the producers to repeat the name regularly.

QT is, in effect, a virtual character. The concept drew comparisons to the 2002 science fiction film Simone and the virtual Japanese pop star Hatsune Miku. The project includes DrinkQT, an "energy elixir" with a design by Kim Laughton. The music and drink are intended to be two manifestations of the same product. Both have been described as "fizzy" and "energetic", with Dunham stating that she wanted "to be able to talk about 'Hey QT' and have DrinkQT talk about 'Hey QT' and 'Hey QT' talk about DrinkQT." The drink has been distributed at performances, and in May 2015 DrinkQT was made available for pre-order. Journalist Sasha Geffen described it as tasting "like Red Bull, only a little more tart." Distributing the drink was a source of friction with the Red Bull Music Academy's sponsorship of a PC Music show.

On August 26, 2014, QT released her debut single "Hey QT" via XL Recordings. The single's release was accompanied by a photo of QT with a blonde wig trimmed into a messy bob cut. The promotional image was made by Diamond Wright, a team that includes PC Music musician Hannah Diamond.

"Hey QT" is a dance-pop song composed in the key of F major, with a tempo of 129 beats per minute. Its production uses synthesizer melodies and an irregular beat comprised of staccato snare hits. It features a call and response hook of "Hey QT! Yeah?". QT's voice is shifted to a higher pitch, and the song has a girlish, cute aesthetic. She said that the lyrics describe a "feeling of sensing someone's presence even when they are not in the same physical space". "Hey QT" includes a metanarrative about the song itself.

The song was debuted at a Boiler Room show in Los Angeles promoting Hudson Mohawke's Chimes EP. A digital broadcast by Eric Wareheim opened the performance. Dunham performed the song as QT, opening the act by sitting down and reading a fashion magazine while a voiceover endorsed the QT energy drink. Dunham then lip synced "Hey QT" while appearing disinterested.

Diplo premiered his remix of "Hey QT" on March 6, 2015 through Annie Mac's BBC Radio 1 show. His reworking is more subdued, with a drop leading into the chorus. The remix was made available as a free download on WeTransfer.

Reaction to "Hey QT" was divided; many people responded with confusion or repulsion. It received some acclaim from music critics, placing 84th on The Village Voice's 2014 Pazz & Jop critics' poll. "Hey QT" was chosen as number 14 on Pitchfork Media's "100 Best Tracks of 2014". Spin ranked the song 4th on its list of "The 101 Best Songs of 2014", The Fader listed the song 3rd, and Fact magazine placed "Hey QT" 37th on its year-end list.

The music video for "Hey QT", directed by Bradley & Pablo, was released on March 25, 2015. The video depicts QT developing the DrinkQT energy drink. A laboratory measures her emotional state and distills it into the drink's formula. The video features CGI animations of DrinkQT, which were simulated in RealFlow and rendered using 3ds Max. It references Gap advertisements and includes product placement for Beats headphones. 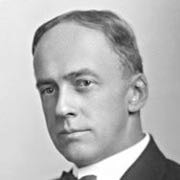