For the stadium named after him, see: Qemal Stafa Stadium
Qemal Stafa (20 March 1920 in Elbasan – 5 May 1942 in Tirana) was a founding member of the Albanian Communist Party, and the leader of its youth section.

Stafa was born in Elbasan in 1920, in a family originating from the Zabzun village near Librazhd, today's Steblevë municipal unit, an extremity of the heterogeneous Golloborda region. His father Ahmet was in the military, and moved in 1923 to Shkodër as Director of the Recruiting Office for the Prefecture of Shkodër. Qemal Stafa studied in Shkodër at the Saverian College. With the educational reforms established by the Minister Mirash Ivanaj, private schools were closed and Stafa moved to the public high school of Shkoder. After the death of his father in 1936, his family moved to Tirana, where he studied at the Tirana Lyceum (subsequently named Qemal Stafa High School). He was one of the co-founders of the Communist Group of Shkoder, one out of three groups that would join in 1941 to form the Communist Party of Albania. In February 1939, a special court sat in Tirana against 73 people suspected for performing communist activities and propaganda. Among others there were, Tuk Jakova, Vasil Shanto, Vojo Kushi, Branko Kadia, Zef Mala, Emin Duraku and the young Stafa who was arrested on 24 January. He was sentenced to three years due to his age, while he accepted all accusations. With the turmoils of the Italian invasion of Albania of 7 April 1939, he was released from jail. Stafa wrote on the local newspaper Fashizmi (Fascism) controlled by the Albanian Fascist Party, and spend some time in Rome as a student together with his fiancé Drita Kosturi, on a scholarship from the Albanian government.

Stafa was one of the founding members of the Albanian Communist Party in Tirana on 8 November 1941. He was killed in a house on the outskirts of Tirana by the Italian fascist forces, who had occupied Albania. Rumors say that he may have been betrayed by one or more of his comrades, possibly Enver Hoxha (the first secretary of the Albanian communist party & leader of Albania), because he gained much from his death.The 5th of May, the anniversary of his death, was chosen after the end of the war as the Martyrs' Day of Albania to commemorate all those who gave their lives for Albania's liberation.

Many streets, squares and schools in different cities bear his name as well as a military base and the most important stadium in the country. Although he was glorified by the Communist Regime in Albania, his fiancée and his brothers and sisters families were imprisoned and persecuted, a fact not known by most Albanians. 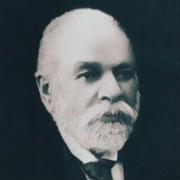 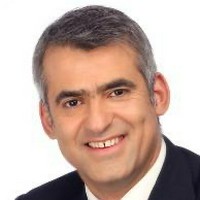