Pyotr Ivanovich Zayev (Russian: Пётр Иванович Заев; 26 July 1953 − 29 November 2014) was a Russian amateur heavyweight boxer who won a silver medal at the 1980 Summer Olympics. He lost the final to Teófilo Stevenson.
Zayev was trained by his brother. He won his only Soviet heavyweight title in 1980, finishing second in 1973 and 1975–77, and therefore was never selected for the world or European championships. He was a career military officer with the Soviet Army and police forces, and retired in the rank of colonel. He held a PhD in pedagogy. 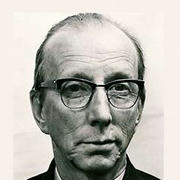