Pyotr Kakhovsky was born in 1799 in Smolensk Governorate to a retired collegiate assessor from an impoverished Polish noble family Kakowski h. Kościesza, Gregori Alekseyevich Kakhovsky (1758–n/a), and his wife from the Smolensk branch of the noble family Olenin, Nimfodora Mikhailovna Kakhovskaya (née Olenina). He had five brothers, Aleksey, Vasily, Ivan, Platon, who all died before 1820, and Nikolay (1790–1845). Though he inherited 250 serfs from his parents, his elder brother eventually found only seventeen after his death; the others either had been sold without land, or had run away, or had died.

He studied at Moscow University Boarding School (Московский Университетский Пансион). He started his military career as a Junker at Leib Guard Ranger Regiment in March 1816. In December 1816 he was demoted to Private by the order of Grand Duke Konstantin Pavlovich for "rude behavior in the house of a collegiate assessor, Mrs Wangersheim, not paying his debt to a candy shop, and laziness in military service".

Kakhovsky was sent to the 7th Ranger Regiment to fight in the Caucasian War, where he had made a fast career: in November 1817 he became a Junker, in November 1819 he became a poruchik, in 1821 retired his military service because of an illness. In 1823 he traveled for medical treatment to Dresden, then Paris and Switzerland, Italy and Austria. After returning to Russia he settled in Saint Petersburg (1824).

At that time, he was very enthusiastic about the history of Rome, especially Brutus killing of Julius Caesar and pronounced that he sought a similar fate. The decision may have been prompted by the rejection of his hand by S.M. Saltykova.

Kakhovsky became an active member of Decembrist North Society and an assistant to Kondraty Fyodorovich Ryleyev. He was the founder of the Decembrist section in Grenadier regiment. At the North Society meeting December 13 O.S. 1825 he was charged with killing emperor Nicholas I of Russia and the Imperial family in the Winter Palace. However, the next day, the actual day of the revolt, Kakhovsky hesitated and decided that the religion did not allow him to kill the emperor. Instead he went to Senate Square with the rest of Decembrists. He shot and fatally wounded Saint-Petersburg Governor and popular hero of Napoleonic Wars, General Mikhail Andreyevich Miloradovich who attempted to pacify the Decembrists troops and prevent the bloodletting. Kakhovsky also killed the commander of Grenadier regiment colonel Ludwig Niklaus von Stürler who went to the Senate Square to persuade his soldiers not to take part in the uprising, and wounded another officer Gastfer.

Kakhovsky was arrested at his own apartment on December 15 O.S. (the day after the revolt). He argued before the Investigating Commission, that the high-handedness of the bureaucracy, the lack of respect for ancient gentry freedom, and the favoritism shown to foreigners had been the primary cause of the suppressed uprising. He was one of the five, sentenced to death by quartering, but later the Tsar replaced this cruel punishment by hanging. He was executed (at the second attempt) along with four other ringleaders—Pavel Pestel, Sergey Muravyov-Apostol, Mikhail Bestuzhev-Ryumin and Kondraty Ryleyev on a crownwork of the Peter and Paul Fortress on 25 July 1826, and presumably interred with the rest of the five in a secret grave on Goloday Island in Saint Petersburg.

The monuments to Pyotr Kakhovsky and four other executed Decemberists were placed on their probable burial place on Dekabristov Island (former Goloday Island).

On 3 August 1940, the Soviet authorities renamed former Golodaevsky Lane in Leningrad (present-day Saint Petersburg) to Kakhovskogo Lane in his honor.

The contents of this page are sourced from Wikipedia article on 10 Apr 2020. The contents are available under the CC BY-SA 4.0 license.
View Pyotr Kakhovsky 's image gallery
Image Gallery 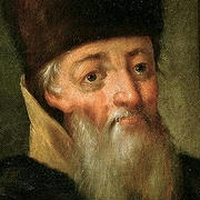 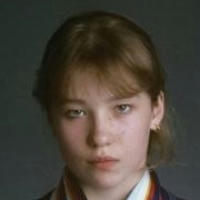 Soviet and Estonian mathematician and historian of mathematics

Philologist, dean of the historical faculty and rector of the Imperial University of Moscow.