Puru (Chinese: 溥儒; August 30, 1896 – November 18, 1963), also known as Pu Xinyu 溥心畬, Xinyu being his courtesy name, and Xishan Yishi 西山逸士 (Hermit of West Mountain), which is his sobriquet. He was a traditional Chinese painter and calligrapher and a member of the Manchu Aisin Gioro clan, the ruling house of the Qing dynasty. He was a cousin to Puyi, the final ruler of the Qing dynasty and the last Emperor of China. It was speculated that Puru would have succeeded to the Chinese throne if Puyi and the Qing government were not overthrown after the 1911 Xinhai Revolution. Puru was reputed to be as talented as the famous southern artist Zhang Daqian (Chang Ta-ch'ien). Together, they became known as "P'u of the North and Chang of the South."

Puru was born in the Manchu Aisin Gioro clan as the second son of Zaiying (載瀅), a son of Prince Gong. His mother was Lady Xiang (項氏), a secondary spouse of Zaiying.

Puru was once selected as a potential candidate to succeed the Guangxu Emperor, but his cousin Puyi was the chosen one. After he returned from Europe, he retreated into the Western Mountains, where he spent many years in Jietai Monastery to concentrate on his studies. After the fall of the Qing dynasty in 1911, he changed his family name to "Pu".

In 1947, Puru was appointed by Chiang Kai-shek as a Manchu representative at the Constitutional National Assembly. He was strongly against Puyi's cooperation with the Empire of Japan. In 1949, when the Communist Party of China came to power, Pu fled to Taiwan.

In Taiwan, Puru made a living by selling paintings and calligraphy works during the first months of his arrival in Taipei. He lived in a Japanese-style house on Linyi Street in Taipei that the government provided for him. He was appointed in October 1949 as a professor of fine arts at the National Taiwan Normal University. In 1959, he held a two-week-long art exhibition at the National Museum of History with 318 works on display.

Puru died in 1963 and was buried in the Yangmingshan No. 1 Public Cemetery in Taipei.

The contents of this page are sourced from Wikipedia article on 02 May 2020. The contents are available under the CC BY-SA 4.0 license.
View Puru 's image gallery
Image Gallery 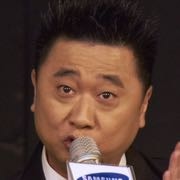