Ptolemy XVI Philadelphus Antonius (Greek: Πτολεμαῖος ὁ Φιλάδελφος, "Ptolemy the brother-loving", August/September 36 BC – 29 BC) was a Ptolemaic prince and was the youngest and fourth child of Greek Ptolemaic Queen Cleopatra VII of Egypt, and her third with Roman Triumvir Mark Antony.

Ptolemy XVI Philadelphos Antonius was of Greek and Roman heritage. His father Mark Antony summoned Cleopatra to a summit near Antioch, Syria (now a part of modern Turkey) in a place Plutarch locates situated between Beirut and Sidon, called Light, an unwalled village. If Plutarch is to be believed, then, Philadelphos was conceived in an unwalled village called Light, during this Mark Antony and Cleopatra summit between roughly November and December 37 BCE because Prof Tarn believes his birth (presumably in Alexandria, Egypt) was between August–September 36 BCE.

Ptolemy XVI was named after the original Ptolemy II Philadelphus (the second Pharaoh of the Ptolemaic dynasty) and Cleopatra's intention was recreating the former Ptolemaic Kingdom, which she herself received from Antony in the Donations of Antioch in 36 BCE at this time with full approval from Octavian. Two years later in late 34 BCE, at the Donations of Alexandria, part of her kingdom was granted to Ptolemy making him ruler of Syria, Phoenicia and Cilicia.

Having approved of Antony's planned reorganization of the East in 36 BCE, by 34 BCE their political situations had evolved and Octavian then used with potency the Donations of Alexandria in his propaganda war against Antony. Ultimately, the parents of Philadelphos were defeated by Caesar Octavian (future Emperor Augustus) during the naval battle at Actium, Greece in 31 BC. The next year, his parents committed suicide as Octavian and his legions invaded Egypt to annex it as a province (provincia) of the Roman Republic (Roma).

Octavian took him and his elder siblings Alexander Helios and Cleopatra Selene II from Egypt to Roman Italy (Italia). Octavian celebrated his military triumph in Rome, by parading the three orphans in heavy golden chains in the streets of Rome. The chains were so heavy they could not walk, prompting reactions of sympathy from the Romans. Octavian gave these siblings to Octavia Minor, his second-eldest sister who was their father's former wife.

The fate of Ptolemy Philadelphos is unknown. Plutarch states that the only child that Octavian killed out of Antony's children was Marcus Antonius Antyllus, but the ancient sources make no mention of him after being taken to Rome with his surviving siblings. His sister Cleopatra Selene survived to adulthood and was married to Juba of Mauretania, a client king of the Roman empire. Through her, the Ptolemaic line intermarried back into the Roman nobility for many generations. If Ptolemy Philadelphus survived to adulthood, proof of his survival has not been found. Roller speculates that he may have died from illness in the winter of 29 BC.

The contents of this page are sourced from Wikipedia article on 24 Mar 2020. The contents are available under the CC BY-SA 4.0 license.
comments so far.
Comments
From our partners
Sponsored
Reference sources
References
https://web.archive.org/web/20060828150533/http://www.tyndale.cam.ac.uk/Egypt/ptolemies/philadelphus.htm
http://www.tyndale.cam.ac.uk/Egypt/ptolemies/philadelphus.htm
https://web.archive.org/web/20080410155632/http://www.lunalucifera.com/Mauretania/index.html 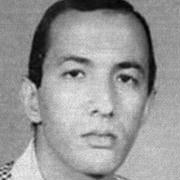