Priyanshi Somani (born 16 November 1998) is an award winner for mental calculation. She was the youngest participant of the Mental Calculation World Cup 2010 and won the overall title. She is the only participant who has had 100% accuracy in addition, multiplication, and square root in all five Mental Calculation World Cups. Somani is the winner of "Pogo Amazing Kids Awards 2010" in the genius category. Her name is also in the Limca Book of World Records as well as the Guinness Book of World Records.

Mental Calculation and other competitions

Priyanshi Somani, daughter of businessman Satyen Somani and Anju Somani, started learning mental maths at the age of 6. She studied in Lourdes Convent High School of Surat and was the youngest participant of the Mental Calculation World Cup 2010 and won the overall combination title held at the University of Magdeburg, Germany on 5–7 June 2010. Somani claimed the title among 37 competitors from 16 countries, after standing 1st in extracting square roots from 6 digit numbers up to 8 significant digits in 6:51 minutes, 2nd in addition [10 numbers of 10 digits] and multiplication [2 numbers of 8 digits]. She is the only participant who has performed with 100% accuracy in Addition, Multiplication, and Square Root to date in all four mental calculation world cups. Priyanshi also solved 10 assigned tasks of square root correctly in 6:28 minutes on June 7, 2010, during the World Cup. As a result, she won the Memoriad Cup and qualified for the Memoriad World Mental Olympics competition held in Turkey 2012. Priyanshi has been named the Indian Ambassador for World Maths Day 2011 event. On 3 January 2012, Priyanshi Somani became the new world record holder in "Mental Square Roots". By using Memoriad Competition software, she finished 10 tasks of 6 digit numbers in 2:43:05 minutes. All tasks were calculated correctly to 8 significant digits.

In 2006, 2007 and 2008 she was the National Champion in abacus and mental arithmetic competition in India and, in 2007, was theInternational Champion at Malaysia. She is the winner of Pogo Amazing Kids Awards 2010 in the genius category. Priyanshi was the Guest Of Honor in the 16th Mental Arithmetic International Competition on 28 November 2010 organized by UCMAS Global Education Group at Malaysia among 43 countries. Recently her name is featured on the Mind & Memory page of Guinness Book of World Records 2014.

Priyanshi Somani received the Outstanding Delegate Award in the third annual conference of CheongShim International Academy Model United Nations, held on the 20th to the 21st of February 2012 in North Korea.

An assistant professor of psychology at Stanford University has included Priyanshi in a research project.

Mental Calculation and other competitions 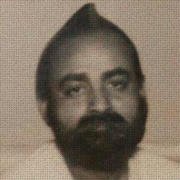