Priscilla Weems (born January 18, 1972) is an American-born actress and singer.

Weems started acting at an early age, and was on the first two seasons of Five Mile Creek. Later, she had a recurring role for five seasons as Claudia Shively, daughter of Mary Jo (Annie Potts), on Designing Women. She also guest-starred on several shows, including Quantum Leap and St. Elsewhere.

Weems left acting to get married and have a son. Her marriage ended in divorce and she later returned to the entertainment industry as a singer.

The contents of this page are sourced from Wikipedia article on 07 Jun 2020. The contents are available under the CC BY-SA 4.0 license.
comments so far.
Comments
Reference sources
References
http://www.ultimatedisney.com/priscillaweems-interview.html
https://www.imdb.com/name/nm0917388/
https://www.allmovie.com/artist/p75237
Trending today in 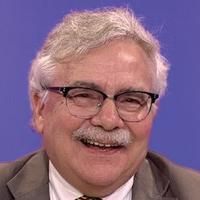