John Prentiss "Print" Matthews (August 27, 1840 – November 6, 1883) was an American social reformer of the Reconstruction era, and an advocate for African American rights in Copiah County, Mississippi. He was murdered in the act of voting in 1883 after defying the orders of local white supremacist Democrats, who told him not to vote.

Matthews, best known by the nickname "Print", was born near Hazlehurst, Mississippi on August 27, 1840, to wealthy slave-owning parents. During the American Civil War, he became a supporter of the Union, putting him at odds with the majority of the local white population, who supported the Confederacy.

After Democrats regained power in the state government in 1875, Matthews was influential in organizing the Independent Party in Copiah County, consisting of black and white farmers. The Democrats began night riding to intimidate African Americans and attempt to suppress their voting, ordering them against voting for the Independent Party in the upcoming 1883 elections.

The white Democratic leaders of Hazlehurst delivered a written ultimatum to Matthews, ordering him not to vote. When he persisted, the precinct captain, a white farmer named Erastus Benjamin "Ras" Wheeler, reached inside a wooden box for a double-barreled shotgun and shot and killed Matthews at the polls.

The evening after his murder, Matthews' political enemies, organized in a local group known as the "Trail-Hold Club", gathered in the yard of his residence. They mockingly held a celebration of the killing.

Wheeler was tried in May 1884, which was covered by the New York Times. The all-white jury was carefully chosen and they quickly returned a verdict of not guilty, much to the pleasure and expectation of the judge and the community. The jury posted a statement noting that if an "error" occurred, it was "one of the head, and not of the heart."

J.T. Dameron, a merchant, testified that he saw Ras Wheeler in a street car in the capital of Jackson on the 13th or 14th of February. He said that Wheeler was talking in a low tone. He said; "Yes, old Hoar is coming down here on an investigation committee. If I get a crack at him I will kill him, too. I killed Print Matthews, or rather it was the Democratic party that did it. If it had not been for politics, I would not have done it; but it was politics that did it."

Ras Wheeler went on to have a successful political career in the state.

Matthews was survived by his wife Mary "Tine" Barlow, whom he married on June 6, 1862. Their son John Prentiss Matthews, Jr. carried on his father's principles and became a leader in Republican politics. On Christmas Day, 1890, he was shot dead by local Democrats in Carrollton, Mississippi. Another son, Simon Matthews, became an activist in the People's Party during the decade of the 1890s, when a biracial coalition temporarily elected some positions, defeating the Democrats. 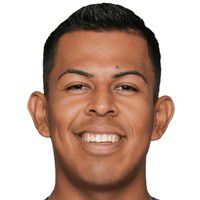 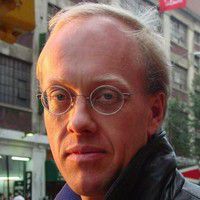