Princess Muna al-Hussein (born Antoinette Avril Gardiner; 25 April 1941) is the mother of King Abdullah II of Jordan. Until their divorce on 21 December 1972, she was the second wife of Hussein, the late king of Jordan. She was born in the United Kingdom, is ethnically English and British by citizenship but in keeping with Islamic culture, she changed her name to Muna al-Hussein upon marriage.

Toni Gardiner was born in Chelmondiston, the daughter of Doris Elizabeth (neé Sutton) and Walter Percy Gardiner. She attended Bourne School in Kuala Lumpur, Malaysia, which was administered by the British Families Education Service for the children of British Service personnel stationed overseas, where she was an A-grade field hockey player. The school closed when British Forces withdrew from Malaya.

Gardiner's father was a high-ranking British Army Officer stationed at Long Marston in Warwickshire in the 1960s.

Gardiner met the King of Jordan, Hussein, while working as a secretarial assistant on the film set of Lawrence of Arabia. The King had allowed his troops to work as extras on this film and would occasionally visit to monitor the production's progress. However, there is another report, stating that Gardiner and the King met when her father began to work as a Military Adviser in Jordan.

Gardiner married King Hussein in Amman, Jordan, on 25 May 1961. She converted to Islam and was renamed Muna al-Hussein upon marriage; she kept the title Her Royal Highness Princess Muna al-Hussein after the divorce. Together they had four children:

They were divorced on 21 December 1972. After her divorce, she was allowed to keep the style of Royal Highness and the title of Princess of Jordan. She continues to work and live in Jordan.

Jordanian officer who participated in the 1948 Arab-Israeli War

The youngest son of King Abdullah of Jordan 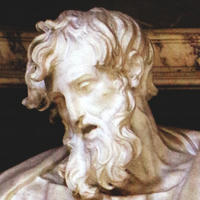