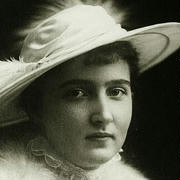 On 11 March 1916 in Berlin, Marie-Auguste married Prince Joachim of Prussia, the youngest son of German Emperor Wilhelm II. She and Joachim, who was Wilhelm's last unmarried child, had been officially engaged since 14 October of the previous year. The wedding was celebrated at Bellevue Palace, and was attended by Joachim's father and mother Empress Augusta Viktoria, the Duke and Duchess of Anhalt, as well as other relatives. They had a simple Lutheran ceremony.

The couple were divorced soon after the end of WWI. The direct causes of the divorce are not really known to the public, only that there had been no previous report of marital troubles before the divorce was announced. According to another report, Marie-Auguste had previously abandoned her husband and child to run away with another man, had been forcibly brought back home on the orders of the Kaiser, and had filed for divorce as soon as the war ended, when she saw that her husband's family were at their lowest ebb. Regardless of the reasons, this event was one of the main reasons why Prince Joachim committed suicide only weeks after the divorce was finalized.

On 18 July 1920, very shortly after the divorce, Joachim shot himself in Potsdam. One source reports that he had been in financial straits and suffered from "great mental depression". His own brother Prince Eitel Friedrich of Prussia commented that he suffered from "a fit of excessive dementia".

After Joachim's suicide, Marie-Auguste's son Karl Franz was taken into the custody of his paternal uncle Prince Eitel Friedrich. As the acting head of the House of Hohenzollern, he claimed this right, due to the fact that the Emperor Wilhelm had issued an edict placing Hohenzollern powers in Eitel's hands. This action was later declared to have been unlawful, and in 1921, Marie-Auguste was given full custody of her son, despite that fact that she had previously run away from her husband and despite numerous servants having testified against her, with Eitel's counsel arguing that Marie-Auguste was unfit to have custody of Karl Franz. However, she appeared in court and pleaded that she was heartbroken, which may have helped to win the case for her. In 1922, Marie-Auguste sued her former father-in-law for the financial support that had been promised in the marriage contract between her and Prince Joachim. Wilhelm's advocate argued that the laws of the House of Hohenzollern were no longer in force, so there was no longer a financial obligation to support her.

On 27 September 1926, she married Johannes-Michael Freiherr von Loën, a childhood friend. They were divorced in 1935, and Marie-Auguste reverted to her maiden name.

In 1980, Princess Marie-Auguste legally adopted the businessman Hans Lichtenberg, who subsequently took the name Frédéric Prinz von Anhalt. According to von Anhalt, who thereafter proceeded to sell knighthoods and marriages related to his new station, he gave her $4,000 a month in financial support.

The contents of this page are sourced from Wikipedia article on 08 Mar 2020. The contents are available under the CC BY-SA 4.0 license.
View Princess Marie-Auguste of Anhalt 's image gallery
Image Gallery