Princess Elizabeth of Greece and Denmark

Princess Elizabeth of Greece and Denmark
The basics

Elizabeth was born on 24 May 1904 at Tatoi, Greece. Her family nicknamed her 'Woolly' because of her thick, dark brown hair. Princess Elisabeth was a horsewoman and painter.

Elizabeth's older sister, Olga, married Prince Paul of Yugoslavia in 1923. After the assassination of his cousin, King Alexander I, Paul served as Prince Regent of Yugoslavia from 1934 to 1941.

Through their father, Elizabeth and her sisters were first cousins of Prince Philip, Duke of Edinburgh.

Elisabeth married Count Carl Theodor of Törring-Jettenbach (22 September 1900 - 14 May 1967) on 10 January 1934. Through his mother, Duchess Sophie Adelheid in Bavaria, he was the nephew of Queen Elisabeth of the Belgians and of Princess Marie Gabrielle of Bavaria. Elisabeth and Carl Theodor had two children, six grandchildren and seventeen great-grandchildren:

The contents of this page are sourced from Wikipedia article on 07 Mar 2020. The contents are available under the CC BY-SA 4.0 license.
View Princess Elizabeth of Greece and Denmark 's image gallery
Image Gallery

Ancient Athenian, the wife of Socrates and mother of their three sons

Greek sprinter and Mayor of Thessaloniki 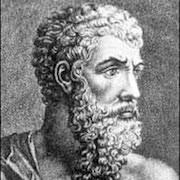