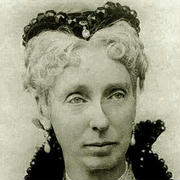 Elisabeth of Saxony (4 February 1830 – 14 August 1912) was a Princess of Saxony who married the second son of the King of Sardinia. She was the mother of Margherita, Queen of Italy.

On 22 April 1850, she married, in Dresden Cathedral, Prince Ferdinand, 1st Duke of Genoa, second son of King Charles Albert of Sardinia and Maria Theresa of Austria and Tuscany. Their marriage was a dynastic arrangement, and it was generally held to be loveless.

The couple had two children:

On 10 February 1855 her husband died in Turin, leaving Elizabeth a widow at the age of 25.

Before her second year of widowhood had ended, she remarried on 4 October 1856 with her chamberlain Niccolò Bernoud, Marchese di Rapallo. They married secretly, before her period of official mourning was over. This act so infuriated her brother-in-law Victor Emmanuel II of Italy that he ordered her into virtual exile and disallowed her from seeing her two children. They were later reunited however.

In 1882, her second husband committed suicide. Court gossip had often hinted that their marriage was unhappy, and his suicide added fuel to these stories. Elisabeth had no children from her second marriage.

Elisabeth suffered an attack of apoplexy in 1910, which caused her health to quickly deteriorate. She died on 14 August 1912.

The contents of this page are sourced from Wikipedia article on 08 Mar 2020. The contents are available under the CC BY-SA 4.0 license.
View Princess Elisabeth of Saxony 's image gallery
Image Gallery