Grand Duchess consort of Hesse and by Rhine

Princess Eleonore of Solms-Hohensolms-Lich
The basics

Princess Eleonore of Solms-Hohensolms-Lich (17 September 1871 – 16 November 1937), was the second wife of Ernst-Ludwig, Grand Duke of Hesse and by Rhine and the mother of his two sons. She was nicknamed Onor by her family.

She was the fourth child and second daughter of Hermann, The Prince of Solms-Hohensolms-Lich, and his wife, Countess Agnes of Stolberg-Wernigerode.

Eleanore married Ernest Louis, Grand Duke of Hesse in Darmstadt on 2 February 1905. His first wife was Princess Victoria Melita of Saxe-Coburg and Gotha. They had become estranged and divorced on 21 December 1901, on the grounds of "invincible mutual antipathy" by a special verdict of the Supreme Court of Hesse.

Eleonore died in an airplane crash on her way to her son Louis's wedding in London. Also killed in the crash was her elder son Georg Donatus, Hereditary Grand Duke of Hesse, his wife Princess Cecilie of Greece and Denmark, and their two sons, Ludwig and Alexander. 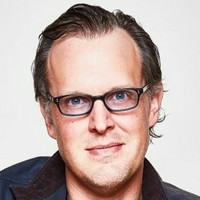