Princess Cecilie of Greece and Denmark

Princess Cecilie of Greece and Denmark
The basics

Cecilie was the third child and daughter of Prince Andrew of Greece and Denmark and Princess Alice of Battenberg. She was born on 22 June 1911 at the summer estate of the Greek Royal Family at Tatoi, fifteen kilometres north of Athens. Although her given name was Cecilie, she was known to her family as Cécile.

Cecilie was baptised at Tatoi on 2 July 1911. Her godparents were King George V of the United Kingdom, Grand Duke Ernst Louis of Hesse, Prince Nicholas of Greece and Duchess Vera of Württemberg.

Through her father Cecilie was a grandchild of King George I of Greece and his wife Grand Duchess Olga Konstantinova of Russia (a granddaughter of Tsar Nicholas I of Russia). Through her mother she was a great-great granddaughter of Queen Victoria. Cecilie had three sisters: Margarita (wife of Prince Gottfried of Hohenlohe-Langenburg), Theodora (wife of Berthold, Margrave of Baden) and Sophie (wife firstly of Prince Christoph of Hesse and secondly of Prince Georg Wilhelm of Hanover). Her brother Philip, later Duke of Edinburgh, is the husband of Queen Elizabeth II.

In 1922 Cecilie and her sisters were bridesmaids at the wedding of their maternal uncle Lord Louis Mountbatten (later Earl Mountbatten of Burma) to Edwina Ashley.

Princess Cecilie with her children Princes Alexander and Ludwig and Princess Johanna.

On 2 February 1931 at Darmstadt, Cecilie married her maternal first cousin once-removed Georg Donatus, Hereditary Grand Duke of Hesse and by Rhine. They had four children:

On 1 May 1937 Cecilie and her husband both joined the Nazi Party.

In October 1937, Cecilie's father-in-law Grand Duke Ernst Ludwig of Hesse died. A few weeks after the funeral, her brother-in-law Prince Ludwig was due to be married to the Hon. Margaret Campbell-Geddes in London.

On 16 November 1937, Georg Donatus, Cecilie, their two young sons and Georg's mother Grand Duchess Eleonore left Darmstadt for London, where they planned to attend the wedding. The aircraft in which they were travelling struck a factory chimney in bad weather near Ostend, Belgium, and crashed in flames, killing all on board. Cecilie was eight months pregnant with her fourth child at the time of the crash, and the remains of her baby were found in the wreckage.

Cecilie was buried with her husband, two sons and the stillborn child in Darmstadt at the Rosenhöhe, the traditional burial place of the Hesse family. Cecilie's daughter Johanna was adopted by Prince Ludwig and Princess Margaret. However, Johanna died two years later from meningitis and is buried with her parents and siblings. Cecilie was the first of Prince Andrew and Princess Alice's children to die.

The crash figures in the plot of A Matter of Honour by Jeffrey Archer, where Grand Duke Georg has in his possession the jewels of his aunt, the last Tsaritsa of Russia, which the KGB are looking for. There is no evidence in reality that this was the case. 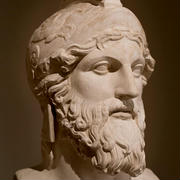 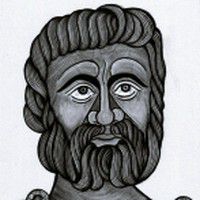