Princess Alexandra of Sayn-Wittgenstein-Berleburg
The basics

Princess Alexandra of Sayn-Wittgenstein-Berleburg, Countess von Pfeil und Klein-Ellguth (Alexandra Rosemarie Ingrid Benedikte; born 20 November 1970 in Copenhagen, Denmark), is the first daughter and second of three children of Prince Richard of Sayn-Wittgenstein-Berleburg and Princess Benedikte of Denmark).
Under the succession rules set by King Frederik IX, since Princess Benedikte and her children, including Princess Alexandra, have not taken up permanent residence in Denmark, they have effectively waived their place in the line of succession to the Danish throne.

Alexandra was married on 6 June 1998 at Gråsten Palace to Count Jefferson von Pfeil und Klein-Ellguth and the couple has two children:

The family lived in Paris, where Count Jefferson was a managing director of the local branch of the bank Sal. Oppenheim. Since 2013, the couple has lived in Heidesheim, Germany, near Mainz.

Princess Alexandra worked for UNESCO World Heritage Centre until 2013, in charge of preserving the cultural heritage of countries in the Middle East and South Asia. 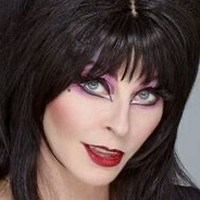