Prince Heinrich is the youngest child of Ernest Augustus, Hereditary Prince of Brunswick, and his first wife Princess Ortrud of Schleswig-Holstein-Sonderburg-Glücksburg. He was born in Hanover, Lower Saxony, Germany. His eldest brother, Prince Ernest Augustus of Hanover (born 1954), is the present head of the House of Hanover.

His father, a direct male descendant of the Hanoverian kings of Great Britain from George I to George III was born a British prince, confirmed by George V in 1914, but as a child lost the title due to the Titles Deprivation Act (1917). The House of Hanover refuses to recognise this letter and continues to bear the title of Prince (or Princess) of Great Britain and Ireland with the style of Royal Highness as titles of pretense. As it was entered into their German passports in 1914, the title still continues to be part of their official family name in Germany.

Heinrich founded, owns and manages the publishing company MatrixMedia Verlag in Göttingen. The focal point of the house is history, namely local history of the state of Lower Saxony, of which the predecessor states were the Kingdom of Hanover and the Duchy of Brunswick, furthermore the history of the House of Welf, but also general historical items. The company publishes books, monographs, historiographies, memoirs, illustrated books and films. Furthermore, he is responsible for a website on the House of Welf called Welfen.de

Heinrich was in a relationship with cabaret artist Désirée Nick (born 30 September 1960 in Berlin). They have a son, Oscar Nick (29 September 1996 in Berlin).

They have three children:

Heinrich has authored the following books under the name Heinrich von Hannover: 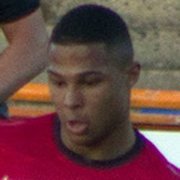