The second grandson of the Emperor Pedro II, the prince was, for some years between the presumptive heirs to the Imperial Crown of Brazil. Their descendants would form the Saxe-Coburg and Gotha branch of the Imperial House of Brazil.

His birth was announced by the Emperor to the nation in the Speech from the Throne of May 9, 1868:

I am pleased to announce to you that my beloved daughter, Princess Leopoldina, having returned from Europe with the Duke of Saxony, my very dear son-in-law, gave birth on December 6 of last year to a prince, who was given the name of Augusto.

Back in Europe, Princess Leopoldina reported from her youngest sister. The prince, however, had little contact with his mother, who died on February 7, 1871, when he was a little over three years old. His father decided to settle definitively in Austria-Hungary, where his children were in the care of their paternal grandmother. Isabel, Princess Imperial of Brazil had not yet had any children at the time of her sister's death and the lack of heirs had already caused concern among the Brazilians. In a letter dated March 4, 1871, the Brazilian ambassador to Vienna, Francisco Adolfo de Varnhagen (future Viscount of Porto Seguro), said to the Emperor:

If the august grandchildren of HIM, Sr, will one day be princes of the Empire, all Brazilians will desire that they be brought up and educated in Brazil, whereas nothing will lose any of them with such education, if luck will call it To another destination in Europe, and it is less likely that it seems that the succession may fall to their fourth, can not conceive in this respect anything impossible if anyone remembers that (in the history of Portugal itself) to reach To compel the throne to the fortunate Dom Manuel, he had to take charge of taking before him, as I recall, some fourteen who had first right to the throne of Dom João II.

In his first trip to Europe, still in 1871, Emperor Pedro II decided to bring his grandchildren to Brazil, to create them as eventual heirs to the throne. A family council determined that Princess Leopoldina's two eldest children would be cared for by their maternal grandparents, being raised and educated in Brazil. Thus, on April 1, 1872, Dom Pedro Augusto and Dom Augusto Leopoldo, accompanied by the imperial couple, arrived in Rio de Janeiro, where they were received with great enthusiasm.

The re-acclimatization to the native homeland was difficult for the brothers. Accustomed to the luxury of the palaces of Vienna and Styria, they began to live in the modest and old-fashioned Palace of São Cristóvão, where they played little because of the rigid routine of studies imposed by their grandfather. They had as preceptor the then rector of the Externato Dom Pedro II, Manuel Pacheco da Silva (future Baron of Pacheco), and they spent the days training mount and studying French classics, rhetoric, history, geography, languages and music.

Although his older brother enjoyed the status of Pedro II's favorite grandson, due to their affinity for studies, other chroniclers noted that Augusto's temper, completely opposite to that of his grandfather, made him the monarch's favorite.

Having inherited from his father and grandfather's love for the Navy, he entered as an aspirant at the Naval Academy in December 1882, at the age of fifteen. With a school curriculum described as brilliant, Augusto formed a marine guard in 1886.

In the Imperial Brazilian Navy, Prince Augusto arrived at the post of second lieutenant (equivalent, now the first lieutenant), serving on board the Niterói Corvette, the battleship Riachuelo and the Cruiser Almirante Barroso, in addition to being the helper of orders of Admiral Eduardo Wandenkolk, future republican leader.

On November 15, 1889, the prince was in the East, on board Almirante Barroso - who was on his first circumnavigation trip - when a coup d'état ended the monarchist regime in Brazil. Communication difficulties prevented the crew from learning about what happened before December. Telegrams of Admiral Wandenkolk - now Minister of the Navy of the provisional government - instructed the commander of the cruiser to replace the imperial insignia of the flags and to induce Augusto to resign. After consulting his grandfather and his uncle, the Count d'Eu, the prince decides not to resign, but to request a license of two months. In telegram, the minister responds to the request: "Prince resignation service, I grant leave. Wandenkolk."

Dom Augusto disembarked in Colombo, Ceylon, where the crew offered him a farewell dinner. Excited, the prince distributed his belongings among his companions.

After a few months, he joined his family and remained with Emperor Pedro II until his death on December 5, 1891. After that, he settled in Vienna, where he obtained, through his father, the special permission of Emperor Franz Joseph I of Austria to join the Austro-Hungarian Navy. Having conducted the entrance examinations, Prince Augusto was admitted to the Austrian naval reserve without prejudice to his status as a Brazilian citizen, as he explained in a letter dated May 6, 1893 to Baron of Estrela, his attorney in Brazil:

As I wrote to Antonio, I decided to enter the service of Austria, since the Emperor welcomed me as a Brazilian prince, without my having to lose my Brazilian rights...

In the service of the Austrian Navy (where he obtained the patent of Kapitän zur See, equivalent to sea-captain), Augusto had the opportunity to visit other countries, where he continued to be received with the deference reserved for members of ruling houses. In 1897, on board the armored bodyguard Wien, he visited Portugal, where he was received by King Carlos I, and Great Britain, where he was received more than once by Queen Victoria.

With the aggravation of the psychiatric problems of his brother, the prince came to be contemplated by the Brazilian monarchists to assume the throne of Brazil during the frustrated plans of restoration of the regime. He even participated in a restoration attempt by which he returned to Brazil in 1893, but was prevented from landing on national territory.

On 30 May 1894, August Leopold married Archduchess Karoline Marie of Austria, in Vienna. His bride was the fourth child and second daughter of Archduke Karl Salvator of Austria, Prince of Tuscany, and his wife Princess Maria Immaculata of Bourbon-Two Sicilies. The ceremony was officiated by Anton Josef Gruscha, cardinal-archbishop of Vienna, and was attended by Emperor Franz Joseph I, Empress Elisabeth (widely known as ''Sissi) and other princes and sovereigns. The couple were the godfathers of King Ferdinand II of the Two Sicilies and Ferdinand IV, Grand Duke of Tuscany. The couple had eight children:

In his last years, Dom Augusto developed the typical taste of his paternal relatives by the collections, happening to collect works done in ivory. He never fully acclimatized to life in Europe, continuing to maintain close relationships with other Brazilians. Gerasdorf Castle, his residence on the outskirts of Vienna, was decorated with objects and photos of Brazil.

The repeal of the Law of Banishment, which prevented the landing of any member of the old ruling family in Brazil, brought to the prince great joy and hope to revisit the native land. He was preparing to return to the country with the whole family for the celebrations of the centenary of the Independence of Brazil in 1922, but fell seriously ill and could not make the dream trip.

Dom Augusto Leopoldo died in Schladming, Austria on October 11, 1922, at the age of 54. His body was buried in the crypt of St. Augustinkirche, in Coburg.

Prince Augusto Leopoldo was a recipient of the following orders:

Grand Cross of the Order of the Southern Cross

Grand Cross of the Order of Pedro I

Grand Cross of the Order of the Rose

Grand Cross of the Order of the Tower and Sword, 5 February 1903

Grand Cross of the Order of Leopold

Grand Cross of the Legion of Honour

Grand Cross of the Order of St. Alexander

The contents of this page are sourced from Wikipedia article on 04 Apr 2020. The contents are available under the CC BY-SA 4.0 license.
View Prince August Leopold of Saxe-Coburg-Kohary 's image gallery
Image Gallery 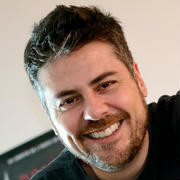