Prince Adolf of Auersperg
The basics

He served in the Army from 1841 to 1860 and attained the rank of major of dragoons in the regiment of Prince Eugene. In 1867 he entered political life as a member of the Bohemian Diet, being elected by the Liberal land proprietors, and in 1868 became a member for life of the upper chamber of the Austrian Reichsrat. He was governor of Salzburg from 1870 to 1871, and proved in that position, as well as in his subsequent political life, a staunch supporter of the constitution.

From 1871 to 1879, he was head of the Austrian ministry as the 8th Minister-President of Cisleithania. Therefore, he succeeded in carrying out the electoral reform of the Empire, securing direct elections to the lower chamber of the Reichsrat, and in strengthening the political entente with Hungary. 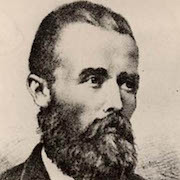