Prem Maya Bachchan Sonir (born July 14, 1961) is serving as Assistant Sport Officer of North Eastern Railways Headquarters Gorakhpur. She was a member of the women's hockey team of India which won the gold medal in the 1982 Asian Games held in New Delhi.

She also serves as the coach of the Indian Railways women hockey team which has won the women's national hockey championship a number of times. She was also the captain of the national women's hockey team. She received the Arjuna Award in 1985.

The contents of this page are sourced from Wikipedia article on 17 Apr 2020. The contents are available under the CC BY-SA 4.0 license.
comments so far.
Comments
From our partners
Sponsored
Reference sources
References
https://www.sports-reference.com/olympics/athletes/so/prema-maya-sonir-1.html
Trending today
All Film/TV Music Politics Sports Business Science Academia 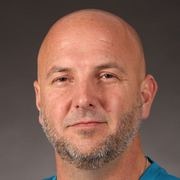