During his playing career he played for English clubs Everton and Portsmouth, and was an 'MLS original' upon the formation of Major League Soccer in 1996, playing for the Kansas City Wizards (now known as Sporting Kansas City) and Miami Fusion. He is the only two-time winner of the MLS MVP award, now known as the Landon Donovan MVP Award, and represented the United States at the 1998 FIFA World Cup. He was elected to the American National Soccer Hall of Fame in 2010.

In 2015 Preki left his managing role at Sacramento Republic FC by mutual consent. It was thought he landed the Leicester City FC job, but it was given to Claudio Ranieri.

Born in Serbia, Preki played briefly for Red Star Belgrade in the old Yugoslav First League after coming from FK Čukarički Stankom where he played in their youth team. In the summer of 1985, the Tacoma Stars head coach Bob McNab spotted Preki at an indoor tournament in Belgrade. McNab signed Preki. He played five seasons for the Stars. During those years, he was a three-time First Team All Star, the 1988 and 1989 All Star Game MVP, led the league in assists in 1988 and scoring in 1989 and was the 1989 MISL MVP. During the summer of 1989, Preki began to consider becoming a U.S. citizen and returning to the outdoor game in order to make himself eligible for the U.S. national team. He played one season for Råslätts SK in Sweden in 1990. The Stars released Preki in July 1990 as part of a salary reduction move. In August, he signed with the St. Louis Storm. He played two seasons in St. Louis before being bought by Everton manager Howard Kendall for a fee of £100,000 in the summer of 1992 following a trial. He made 53 appearances for the Blues, 28 of those as a substitute. In June 1994, Preki signed with the San Jose Grizzlies of the Continental Indoor Soccer League where he rejoined Bob McNab from his Tacoma days. He played eight games, scoring sixteen goals, before returning to England in August 1994 to play for Portsmouth. On July 5, 1995, the Grizzlies purchased Preki's contract from Portsmouth. He was the CISL's second leading scorer and league MVP.

Preki resumed outdoor play beginning with MLS's inaugural season in 1996 when he joined the Kansas City Wiz, renamed the Wizards after the 1996 season. The league allocated him to the Wiz on February 6, 1996. He played every season of his MLS playing career for the Wizards, except for one season with the Miami Fusion in 2001. After the Fusion were contracted, the Wizards reacquired Preki in the 2002 MLS Dispersal Draft, but only after every other team in the league had passed on selecting him. Preki is the only player to have won the MLS MVP Award and the MLS Scoring Champion Award (now respectively known as the Landon Donovan MVP Award and the MLS Golden Boot) twice, winning in 1997 and 2003, and is also the current all-time league leader in points scored (270 on 79 goals and 112 assists, plus another 25 points on 10 goals and 5 assists in the playoffs). He won the 2000 MLS Cup with the Wizards. Preki retired following the 2005 season, scoring a goal in the last minute of his final game with Kansas City. He was named to the MLS All-Time Best XI after the season, and was 42 years old when he played his final competitive game.

Originally from Yugoslavia, Preki played for the American national team after acquiring U.S. citizenship in 1996. He made his debut for the United States on November 3, 1996 against Guatemala. Preki played a total of 28 games for the U.S., scoring four goals, one of them to beat Brazil at the 1998 Gold Cup. Two of those games, including one against his native Yugoslavia (now Serbia), came in the 1998 FIFA World Cup. He made his last appearance for the national team in a 2–0 loss away to Costa Rica in World Cup qualifying on September 5, 2001.

Upon the appointment of Bob Bradley as the United States national team manager, Preki was promoted as head coach of Chivas USA for the 2007 Major League Soccer season.

Preki left Chivas "by mutual consent" on November 12, 2009, following Chivas' failure to progress to the latter stages of the MLS playoffs. He became head coach of Toronto FC on November 19, 2009. However, Preki didn't last the 2010 MLS season with Toronto, being fired along with General Manager Mo Johnston on September 14, 2010. Under Preki, Toronto qualified for the 2010-11 CONCACAF Champions League after winning the 2010 Canadian Championship.

On July 15, 2013, after nearly three years out of coaching, Preki was named head coach of the USL Professional Division (now United Soccer League) expansion Sacramento Republic FC in advance of their inaugural 2014 season. He won the USL Pro Championship game in September 2014 with the club. On 8 July 2015, Preki announced his resignation from his post to take up a coaching role in the United Kingdom.

On October 12, 2016, USL club Saint Louis FC introduced Preki as its coach for the upcoming 2017 season.

In March 2013, Preki was one of six men named to the 2013 class of the Indoor Soccer Hall of Fame. The other inductees are Gordon Jago, Kai Haaskivi, Zoltán Tóth, Brian Quinn, and Mike Stankovic. 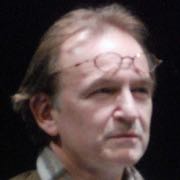