Tish Bunnag was born in 1788 to Bunnag and Chao Kun Nuan (who was Queen Amarindra's sister) at his father's residence off the southern side of the Grand Palace Wall near modern Wat Pho. His father, Bunnag, or Chao Phraya Akkamahasena (Thai: เจ้าพระยาอรรคมหาเสนา), had served as Samuha Kalahom the Prime Minister of Southern Siam during the reign of King Phutthayotfa Chulalok. Tish had an younger brother Tat who later became Somdet Chao Phraya Borom Maha Pichaiyat. Prayurawongse was a member of Bunnag family who descended from Sheikh Ahmad, a Persian minister during the reign of King Prasat Thong (His lineage had converted to Theravada Buddhism in mid-eighteenth century.).

Tish entered the palace as one of the royal pages - the traditional way to Siamese bureaucracy. He rose through ranks as one of the royal pages of King Phutthaloetla Naphalai. In 1818, the Grand Palace expanded south and the Bunnags moved to new residence on the West bank of Chao Phraya River in the old Chinatown of Thonburi (modern Thonburi District). In 1819, Carlos Manoel de Silveira, Portuguese delegate from Macau, arrived in Bangkok and established first Western contact of Rattakosin period. Tish was in charge of the receiving Portuguese envoys.

Sultan Ahmad Tajuddin Halim Shah II of Kedah turned against Siamese domination culminating in Siamese invasion of Kedah in 1821. Siamese forces took Alor Setar and Siam took direct control over Kedah. The British on the island of Penang, which had been leased by Kedah to the British in 1786, suspected the Siamese invasion of Penang. Marquess of Hastings, the Governor-General of India, sent John Crawfurd to Bangkok in April 1821. Tish was assigned to deal with Crawfurd mission. Tish gave a place near his home in Thonburi for Crawfurd to reside. After the Crawfurd mission, Tish was made Chao Phraya Phraklang the Minister of Trade.

In November 1825, Henry Burney arrived in Bangkok. Phraklang was one of three Siamese delegates who took part in the conclusion of Burney Treaty in June 1826.

In 1828, Phraklang commissioned the construction of Wat Prayurawongsawas in the vicinity of his residence in Thonburi's former Chinatown. In 1830, King Rama III proposed to elevate Phraklang to the post of Samuha Kalahom. Phraklang refused, saying that the holder of the title of Chao Phraya Mahasena usually "passed away prematurely". King Rama III then assigned the post of Samuha Kalahom to Phraklang without officially investing him with the title. Phraklang then became responsible in both Kalahom (Southern Siam) and the Kromma Tha Ministry of Trade.

In 1832, Tunku Yayha, nephew of Sultan Ahmad Tajuddin Halim Shah II, staged a revolt in Kedah, took control of Alor Setar and was joined by Patani. King Rama III assigned Phraklang to put down rebellions in Kedah and Patani. Both sultans of Kelantan and Terengganu sent forces to support Patani. Phraklang arrived at Songkhla in March 1832 and Chao Phraya Nakhon Noi the governor of Ligor had already taken Alor Setar so Phraklang went on to take Patani. Tuan Sulung the governor of Pattani fled to Kelantan. When Phraklang had pursued Tuan Sulung to Kelantan, Sultan Muhammad I of Kelantan, who was a relative of Tuan Sulung, surrendered and gave Tuan Sulung to Siamese authority. Sultan Abdul Rahman of Terengganu, however, refused to submit. Phraklang then obtained a royal permission to depose Sultan Abdul Rahman and installed Omar Riayat Shah, who had been residing on Lingga Island, as the new Sultan of Terengganu.

Edmund Roberts led an American mission to Bangkok in March 1833. Roberts handed the letters of President Andrew Jackson to Phraklang and took residence in Phraklang's estate in Thonburi. This led to the conclusion of Siamese–American Treaty of Amity and Commerce in April.

A month after the Bowring Treaty, Prayurawongse died at his residence near Wat Prayurawongse in modern Thonburi District on 26 April 1855, aged 67. His funeral and cremation were held in the manner and ceremonies of royalty at Wat Prayurawongse in October 1855. His sons and descendants continued to dominate Siamese politics in the later part of nineteenth century.

Prayurawongse had many wives, in accordance to contemporary social practices. His main wife was Lady Chan who was a daughter of Phraya Pollathep Thongin. Princess Praphaiwadi (daughter of King Rama I and sister to King Rama II) had given two of her ladies-in-waitings Lady Rod and Lady Inyai to be Prayurawongse's wives. Queen Sri Suriyendra had given Lady Peung to be his wife. He had total of twenty-four wives and forty-four children. His notable sons included;

King Mongkut appointed three of Prayurawongse's daughters, all born to Lady Chan, to the rank of Chao Kun (Senior Ladies of the Palace). They were unmarried.

The contents of this page are sourced from Wikipedia article on 02 Jun 2020. The contents are available under the CC BY-SA 4.0 license.
View Prayurawongse 's image gallery
Image Gallery

Concubine of a king of Siam 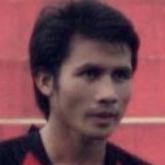