Pontus Johan Tidemand (born 10 December 1990) is a Swedish rally and rallycross driver. He is the 2017 WRC-2 champion and a previous M-Sport and Škoda Motorsport driver.

For 2014 he switched to rallycross, joining Mattias Ekström's new EKS RX team to drive an Audi S1 in the 2014 FIA World Rallycross Championship.

The contents of this page are sourced from Wikipedia article on 13 May 2020. The contents are available under the CC BY-SA 4.0 license.
comments so far.
Comments
From our partners
Sponsored
Reference sources
References
https://www.motorsport.com/wrc/news/tidemand-msport-monte-carlo-sweden/4315859/
http://www.autosport.com/news/report.php/id/114276
http://www.ptm-racing.se/?lang=en
http://ewrc-results.com/profile.php?p=8578&t=Pontus-Tidemand 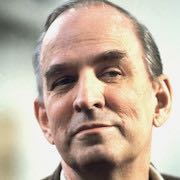