Pol Llonch Puyaltó (born 7 October 1992) is a Spanish professional footballer who plays for Dutch club Willem II as a midfielder.

Born in Barcelona, Catalonia, Llonch finished his formation with CE L'Hospitalet, after starting out at CE Europa. He made his senior debut with the former club in the 2011–12 season, in Segunda División B.

On 30 June 2014, Llonch moved to RCD Espanyol, being assigned to the reserves also in the third level. He also trained with the first team in February, mainly to cover for injuries of José Cañas and Abraham.

On 3 August 2015, Llonch signed a two-year deal with Segunda División side Girona FC. He made his professional debut on 9 September, starting in a 2–2 away draw against Gimnàstic de Tarragona in the second round of the Copa del Rey (4–5 loss on penalties). His maiden league appearance took place ten days later, in a 2–1 win at Real Oviedo where he came on as a late substitute.

Llonch was loaned to Granada CF B of the third division on 11 July 2016, for one year. The following 31 January, he terminated his contract with Girona and immediately joined Wisła Kraków. 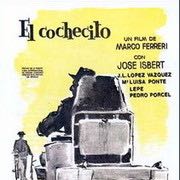