Pliny the Younger
The basics

Pliny the Younger wrote hundreds of letters, of which 247 survive and are of great historical value. Some are addressed to reigning emperors or to notables such as the historian Tacitus. Pliny served as an imperial magistrate under Trajan (reigned 98–117), and his letters to Trajan provide one of the few surviving records of the relationship between the imperial office and provincial governors.

Pliny rose through a series of civil and military offices, the cursus honorum. He was a friend of the historian Tacitus and might have employed the biographer Suetonius on his staff. Pliny also came into contact with other well-known men of the period, including the philosophers Artemidorus and Euphrates the Stoic, during his time in Syria.

Como and Lake Como in 1834, painted by Jean-Baptiste-Camille Corot Pliny the Younger was born in Novum Comum (Como, Northern Italy) around 61 AD, the son of Lucius Caecilius Cilo, born there, and his wife Plinia Marcella, a sister of Pliny the Elder. He was the grandson of Senator and landowner Gaius Caecilius, revered his uncle, Pliny the Elder (who at this time was extremely famous around the Roman Empire), and provided sketches of how his uncle worked on the Naturalis Historia.

Cilo died at an early age, when Pliny was still young. As a result, the boy probably lived with his mother. His guardian and preceptor in charge of his education was Lucius Verginius Rufus, famed for quelling a revolt against Nero in 68 AD.

After being first tutored at home, Pliny went to Rome for further education. There he was taught rhetoric by Quintilian, a great teacher and author, and Nicetes Sacerdos of Smyrna. It was at this time that Pliny became closer to his uncle Pliny the Elder. When Pliny the Younger was 17 or 18, his uncle Pliny the Elder died attempting to rescue victims of the Vesuvius eruption, and the terms of the Elder Pliny's will passed his estate to his nephew. In the same document the younger Pliny was adopted by his uncle. As a result, Pliny the Younger changed his name from Gaius Caecilius Cilo to Gaius Plinius Caecilius Secundus (his official title was Gaius Plinius Luci filius Caecilius Secundus).

There is some evidence that Pliny had a sibling. A memorial erected in Como (now CILV5279) repeats the terms of a will by which the aedile Lucius Caecilius Cilo, son of Lucius, established a fund, the interest of which was to buy oil (used for soap) for the baths of the people of Como. The trustees are apparently named in the inscription: "L. Caecilius Valens and P. Caecilius Secundus, sons of Lucius, and the contubernalis Lutulla." The word contubernalis describing Lutulla is the military term meaning "tent-mate", which can only mean that she was living with Lucius, not as his wife. The first man mentioned, L. Caecilius Valens, is probably the older son. Pliny the Younger confirms that he was a trustee for the largess "of my ancestors". It seems unknown to Pliny the Elder, so Valens' mother was probably not his sister Plinia; perhaps Valens was Lutulla's son from an earlier relationship.

Pliny is thought to have died suddenly during his appointment in Bithynia-Pontus, around 113 AD, since no events referred to in his letters date later than that.

Pliny was by birth of equestrian rank, that is, a member of the aristocratic order of equites (knights), the lower (beneath the senatorial order) of the two Roman aristocratic orders that monopolised senior civil and military offices during the early Empire. His career began at the age of 18 and initially followed a normal equestrian route. But, unlike most equestrians, he achieved entry into the upper order by being elected Quaestor in his late twenties. (See Career summary below.)

Pliny was active in the Roman legal system, especially in the sphere of the Roman centumviral court, which dealt with inheritance cases. Later, he was a well-known prosecutor and defender at the trials of a series of provincial governors, including Baebius Massa, governor of Baetica; Marius Priscus, governor of Africa; Gaius Caecilius Classicus, governor of Baetica; and most ironically in light of his later appointment to this province, Gaius Julius Bassus and Varenus Rufus, both governors of Bithynia and Pontus.

Pliny's career is commonly considered as a summary of the main Roman public charges and is the best-documented example from this period, offering proof for many aspects of imperial culture. Effectively, Pliny crossed all the principal fields of the organization of the early Roman Empire. It is an achievement for a man to have not only survived the reigns of several disparate emperors, especially the much-detested Domitian, but also to have risen in rank throughout.

Pliny penned his first work at age 14: a tragedy in Greek. Additionally, in the course of his life, he wrote numerous poems, most of which are lost. He was also known as a notable orator; though he professed himself a follower of Cicero's, Pliny's prose was more magniloquent and less direct than Cicero's.

Pliny's only oration that now survives is the Panegyricus Traiani. This was pronounced in the Senate in 100 and is a description of Trajan's figure and actions in an adulatory and emphatic form, especially contrasting him with the Emperor Domitian. It is, however, a relevant document that reveals many details about the Emperor's actions in several fields of his administrative power such as taxes, justice, military discipline, and commerce. Recalling the speech in one of his letters, Pliny shrewdly defines his own motives thusly:

I hoped in the first place to encourage our Emperor in his virtues by a sincere tribute and, secondly, to show his successors what path to follow to win the same renown, not by offering instruction but by setting his example before them. To proffer advice on an Emperor's duties might be a noble enterprise, but it would be a heavy responsibility verging on insolence, whereas to praise an excellent ruler (optimum principem) and thereby shine a beacon on the path posterity should follow would be equally effective without appearing presumptuous.

The largest surviving body of Pliny's work is his Epistulae (Letters), a series of personal missives directed to his friends and associates. These letters are a unique testimony of Roman administrative history and everyday life in the 1st century AD. Especially noteworthy among the letters are two in which he describes the eruption of Mount Vesuvius in August 79, during which his uncle Pliny the Elder died (Epistulae VI.16, VI.20), and one in which he asks the Emperor for instructions regarding official policy concerning Christians (Epistulae X.96).

Pliny wrote the two letters describing the eruption of Mount Vesuvius approximately 25 years after the event, and both were sent in response to the request of his friend, the historian Tacitus, who wanted to know more about Pliny the Elder's death. The two letters have great historical value due to their accurate description of Vesuvius' eruption; Pliny's attention to detail in the letters about Vesuvius is so keen that modern volcanologists describe those types of eruptions as "Plinian eruptions".

As the Roman governor of Bithynia-Pontus (now in modern Turkey) Pliny wrote a letter to Emperor Trajan around 112 AD and asked for counsel on dealing with Christians. As shown in the letter (Epistulae X.96) Pliny explained to Trajan that "he had never been present at any trials of the Christians" who appeared before him as a result of anonymous accusations and asked for the Emperor's guidance on how they should be treated. He added, "if they still persevered" after being interrogated he "ordered them to be executed" as he thought that "obstinacy deserved chastisement." However he wished to consult the Emperor in order to be on solid ground regarding his actions, and saved his letters and Trajan's replies. Neither Pliny nor Trajan mention the crime that Christians had committed, except for being a Christian; Trajan's response to Pliny makes it clear that being known as a "Christian" was sufficient for judicial action. The correspondence between Pliny and Emperor Trajan shows that the Roman Empire, as a government entity, did not at this time “seek out” Christians for prosecution or persecution. Pliny's letter is the earliest surviving Roman document to refer to early Christians.

In France Giovanni Giocondo discovered a manuscript of Pliny the Younger's letters containing his correspondence with Trajan. He published it in Paris dedicating the work to Louis XII. Two Italian editions of Pliny's Epistles were published by Giocondo, one printed in Bologna in 1498 and one from the press of Aldus Manutius in 1508. View of Bellagio in Lake Como. The institution on the hill is Villa Serbelloni, believed to have been constructed on the site of Pliny's villa "Tragedy."

Pliny loved villas. Being wealthy, he owned many, such as the one in Lake Como named "Tragedy" because of its location high on a hill. Another, on the shore of the lake, was named "Comedy" because it was sited low down. Pliny's main estate in Italy was in the north of Umbria, under the passes of Bocca Trabaria and Bocca Serriola, where wood was harvested for Roman ships and sent to Rome via the Tiber. 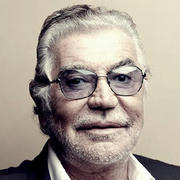 Professor of mathematics at the University of Bologna.