Pira Sudham (Pira Canning Sudham) is an author of Thai descent. He was born in a village in Isan in northeastern Thailand. At age fourteen, he left Isan for Bangkok to become a servant to Buddhist monks in a monastery where he attended secondary school. Later, he entered Triam Udom High School, before gaining a place at Faculty of Arts, Chulalongkorn University. He won a New Zealand government scholarship to read English Literature at Auckland University and then Victoria University of Wellington, where his first story was published by New Zealand's leading literary quarterly Landfall. Since then, Pira Sudham has been writing short stories, poems, and novels in English. He has not produced any literary works in the Thai language.

Pira Sudham's literary works, particularly "Monsoon Country" and its sequel "The Force of Karma" portray social and political transition in the shadowed kingdom, involving one of the richest men in the world and several prominent European personalities. They include a formidable German composer, a Bavarian orchestra conductor, an English antiquarian, a University of London graduate (the Yorkshire blond) and an impoverished Thai family living in the northeastern region of Thailand. The works cover the political turmoil and a massacre of pro-democracy activists in October 1973, the massacre of students at Thammasat University in October 1976 and the killing of protesters in the streets of Bangkok in May 1992. His short stories in "Tales of Thailand" and "People of Esarn - The Damned of Thailand & The Kingdom in Conflicts" deal with the subjects of deforestation, child trade, slavery, prostitution, sex tourism, drug trade, land loss, forced relocation and pollution. 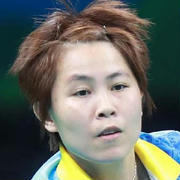