Pintoricchio or Pinturicchio (/ˌpɪntəˈriːkioʊ/, [pintuˈrikkjo]) whose birth name was Bernardino di Betto, also known as Benetto di Biagio or Sordicchio, was an Italian painter during the Renaissance. Born in Perugia in 1454 and dying in Siena in 1513, Pintoricchio acquired his nickname, meaning ("little painter"), because of his small stature. He also used it to sign some of his 15th and 16th century artworks.

Pinturicchio was born the son of Benedetto or Betto di Blagio, in Perugia. In his career, he may have trained under lesser known Perugian painters such as Bonfigli and Fiorenzo di Lorenzo. According to Vasari, Pinturicchio was a paid assistant of Perugino.

The works of the Perugian Renaissance school are very similar; and paintings by Perugino, Pinturicchio, Lo Spagna and a young Raphael may often be mistaken one for the other. In the execution of large frescoes, pupils and assistants had a large share in the work, either in enlarging the master's sketch to the full-sized cartoon, in transferring the cartoon to the wall, or in painting backgrounds or accessories. His assignment in Rome, to decorate the Sistine Chapel, was an experience fraught with learning from prominent artists of the time, including: Sandro Botticelli, Domenico Ghirlandaio, Pietro Vanucci, and Luca Signorelli. The Sistine Chapel was also where it is believed that Pinturicchio was collaborating with Perugino to some extent.

After assisting Perugino in his frescoes in the Sistine Chapel, Pinturicchio was employed by various members of the Della Rovere family to decorate the Semi-Gods Ceiling of Palazzo dei Penitenzieri and also a series of chapels in the church of Santa Maria del Popolo, where he appears to have worked from 1484, or earlier, to 1492. "Would be, if it had been left with all its original decorations, one of the finest monuments to Pintoricchio’s art in Italy. A great deal still remains, but much has been swept away", sums up his work in that basilica Evelyn March Phillipps.

The earliest of his works is an altarpiece of the Adoration of the Shepherds, in the Della Rovere Chapel, the first chapel (from the west) on the south, built by Cardinal Domenico della Rovere. In the lunettes under the vault Pinturicchio painted small scenes from the life of St Jerome.The polychrome grotesque wall decoration on yellow-gold background were probably inspired by the paintings of the Domus Aurea, and belong the earliest and highest quality of their kind in Rome.

The frescos which he painted in the Cybo Chapel, built by Cardinal Lorenzo Cybo de Mari in the beginning of the 16th century, were destroyed in 1682, when the chapel was rebuilt by Cardinal Alderano Cybo. The old fresco of the Virgin and the Child by Pinturicchio was detached from the wall and sent by the cardinal to Massa in 1687. The fragment was re-used as the altarpiece of the Ducal Chapel of the Cathedral of Massa.

The third chapel on the south is that of Girolamo Basso della Rovere, nephew of Pope Sixtus IV, and bishop of Recanati. The Basso Della Rovere Chapel contains a fine altarpiece of the Madonna enthroned between Four Saints, and on the east side a very nobly composed fresco of the Assumption of the Virgin. The vault and its lunettes are richly decorated with small pictures of the Life of the Virgin, surrounded by graceful arabesques; and the dado is covered with monochrome paintings of scenes from the lives of saints, illusionistic benches, and very graceful and powerfully drawn female figures in full length in which the influence of Luca Signorelli may be traced.

In the Costa Chapel, Pinturicchio or one of his helpers painted the Four Latin Doctors in the lunettes of the vault. Most of these frescoes are considerably injured by moisture and have suffered little from restoration. The last paintings completed by Pinturicchio in this church are found on the vault behind the choir, where he painted decorative frescoes, with main lines arranged to suit their surroundings in a skilful way. In the centre is an octagonal panel of the Coronation of the Virgin, and surrounding it, are medallions of the Four Evangelists. The spaces between them are filled by reclining figures of the Four Sibyls. On each pendentive is a figure of one of the Four Doctors enthroned under a niched canopy. The bands which separate these pictures have elaborate arabesques on a gold ground, and the whole is painted with broad and effective touches, very telling when seen (as is necessarily the case) from a considerable distance below. No finer specimen of the decoration of a simple quadripartite vault can be seen anywhere.

Works in the Vatican Library

In 1492, Pinturicchio was summoned to Orvieto Cathedral. He was employed by Pope Alexander VI (Borgia) to decorate a recently completed suite of six rooms, the Borgia Apartments in the Apostolic Palace of the Vatican. These rooms now form part of the Vatican Library, and five still retain a series of Pinturicchio frescoes. The Umbrian painter worked in these rooms till around 1494, assisted by his pupils, and not without interruption. It was not until Pope Alexander VI died that Pinturicchio left Rome for Umbria, leaving much of the work in Rome to be completed by Michelangelo, Raphael, and company.

His other chief frescoes in Rome, still existing in good condition, are in the Bufalini Chapel in the southwest sector of Santa Maria in Ara Coeli, probably executed around 1484-1486. On the altar wall is a grand painting of St. Bernardino of Siena between two other saints, crowned by angels; in the upper part is a figure of Christ in a mandorla, surrounded by angel musicians; on the left wall is a large fresco of the miracles performed by the corpse of St Bernardino, which includes portraits of members of the sponsoring Bufalini family.

One group of three females, the central figure with a child at her breast, recalls the grace of Raphael's second manner. The composition of the main group round the saint's corpse appears to have been suggested by Giotto's painting of St. Francis on his bier found in Santa Croce at Florence. On the vault are four noble figures of the Evangelists, usually attributed to Luca Signorelli, but more likely, as with the rest of the frescoes in this chapel, by the hand of Pinturicchio. On the vault of the sacristy of Santa Cecilia in Trastevere, Pinturicchio painted the Almighty surrounded by the Evangelists. During a visit to Orvieto in 1496, Pinturicchio painted two more figures of the Latin Doctors in the choir of the Duomo. Now, like the rest of his work at Orvieto, these figures are almost destroyed. For these he received fifty gold ducats. In Umbria, his masterpiece is the Baglioni Chapel in the church of S. Maria Maggiore in Spello.

Among his panel pictures the following are the most important. An altarpiece for S. Maria de' Fossi at Perugia, painted in 1496-1498, now moved to the city's picture gallery, is a Madonna enthroned among Saints, very minutely painted; the wings of the retable have standing figures of St. Augustine and St Jerome; and the predella has paintings in miniature of the Annunciation and the Evangelists. Another fine altarpiece, similar in delicacy of detail, and probably painted about the same time, is that in the cathedral of San Severino — the Madonna enthroned looks down towards the kneeling donor. The angels at the sides in beauty of face and expression recall the manner of Lorenzo di Credi or Da Vinci.

The Vatican picture gallery has the largest of Pinturicchio's panels — the Coronation of the Virgin, with the apostles and other saints below. Several well-executed portraits occur among the kneeling saints. The Virgin, who kneels at Christ's feet to receive her crown, is a figure of great tenderness and beauty, and the lower group is composed with great skill and grace in arrangement.

In 1504 he designed a mosaic floor panel for the Cathedral of Siena: the Story of Fortuna, or the Hill of Virtue. This was executed by Paolo Mannucci in 1506. On top of the panel, a symbolic representation of Knowledge hands the palm of victory to Socrates.

The contents of this page are sourced from Wikipedia article on 12 Feb 2020. The contents are available under the CC BY-SA 4.0 license.
View Pinturicchio 's image gallery
Image Gallery 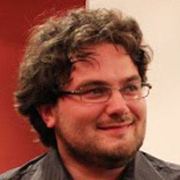 Founder of an Arian Christian movement