Pierre Dukan is a French medical doctor and nutritionist, and the creator of the famous Dukan Diet.

In 1975, Pierre Dukan was a general practitioner in Paris when he was first confronted with a case of obesity. At the time, being overweight or obese was thought to be best treated by low calorie and small sized meals. Dukan thought of an alternative way to prevent patients from regaining their lost weight after dieting. He designed a new approach in four phases, including stabilisation and consolidation. After 20 odd years of research Pierre Dukan published his findings in 2000 in his book Je ne sais pas maigrir (I don't know how to get slimmer) which became a bestseller in France.

The book became a bestseller in the UK after Carole Middleton introduced her daughter Catherine, now The Duchess of Cambridge, to the diet before her wedding to Prince William. Catherine lost two dress sizes.

In July 2011 a French court ruled against Dukan in his attempt to sue rival nutritionist Jean-Michel Cohen for libel, after Cohen had criticised Dukan's method in the press.

In January 2012, Dukan suggested that the Baccalaureate exam, taken by 17-year-old children, should include one test which the children could pass simply by staying within appropriate weight limits. He faced a disciplinary hearing in connection with these remarks.

In March 2012 the French Ordre des médecins asserted that Dukan had violated the organization's medical code of practice by practising medicine as a business.

In May 2012, he was removed from the membership of the Ordre des Médecins at his request.

In January 2014, Dukan was struck off the medical register for promoting his diet commercially. 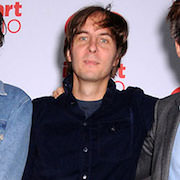 French musician and the lead singer of the French alternative rock band Phoenix.