Phyllis Margaret Tookey Kerridge (1901–1940) was a chemist and physiologist. She is notable for creating the miniature pH electrode, her work on artificial respiration, and her work on audiometry.

Phyllis Margaret Tookey was born in 1901, the only daughter of William Alfred Tookey of Bromley, Kent. She studied at the City of London School for Girls, where she performed well in science. She then studied chemistry and physics at UCL, obtaining her honours degree in 1922. She completed her PhD, with a thesis on the Use of the Glass Electrode in Biochemistry, in 1927. In 1926, she appears to have married William Kerridge and moved from her family home to St Petersburgh Place. Whilst acting as a lecturer in the UCL department of physiology, she also studied medicine at University College Hospital, qualifying in 1933 and obtaining MRCP in 1937. She was a committee member of the Women's Union Society in her student days.

Kerridge worked at UCL; the Marine Biological Association, Plymouth; the Physiological Laboratory, Cambridge; the Carlsberg Chemical Laboratorium, Copenhagen; the Medical Unit of the London Hospital; the London School of Hygiene and Tropical Medicine, and University College Hospital, London (from which she was seconded by the Emergency Medical Service to St. Margaret's Hospital during the war).

Invention of the miniature pH electrode

In 1925, supported by DSIR and MRC funding, Kerridge published a paper on her invention of a glass electrode for analysing biochemical samples such as blood. For her biochemical PhD research, Kerridge had required a tool small enough to fit into narrow layers in living tissue, but the design of existing pH electrodes was unsuitable because they provided only very small signals. Kerridge overcame this problem by inventing the miniature pH electrode, with a heat-treated platinum component that gave a much larger signal than the older equipment, enabling accurate measurement even in low fluid volumes. Kerridge noted challenges in developing this equipment, including the high resistance of glass, danger of breakage to the delicate apparatus, and risk of short-circuit.

After qualifying in medicine in the early 1930s, Kerridge was recommended by Dr Edward Poulton to scientific instrument maker Robert W. Paul, who sought someone to conduct rigorous physiological tests on a respirator called the "pulsator" created by William Henry Bragg. Kerridge's tests provided extensive physiological measurements that improved the efficiency of the device, and she also suggested improvements to the design that reduced its complexity and bulk. Mr S. Crosby Halahan, Bragg's neighbour and the inspiration for his respirator, was kept alive via artificial respiration for two years after becoming completely paralysed - Kerridge adapted the design to make it more comfortable for him.

In addition to doing much to improve the design of the respirator, Kerridge also played an active role in publicising it. She had photographs taken of her laboratory assistant wearing the device, advised Bragg and Paul to publish their introduction in the Proceedings of the Royal Society of Medicine, and wrote about the features of the case for The Lancet in order that it would reach the attention of General practitioners.

Work on deafness and hearing aids

Later in the 1930s, Kerridge worked at the Royal Ear Hospital and developed audiometric standards for hearing tests. Kerridge also played a significant role in establishing hearing aid clinics for the deaf. Her keen interest in music inspired her sympathy for those with hearing loss. This work particularly focussed on the incidence of deafness in children, and she encouraged her students to accompany her on visits to slums to explore potential factors in the etiology of deafness in school-children. In 1936, the Medical Research Council funded her to test the hearing of schoolchildren across London.

At the outbreak of the war, Kerridge was working at University College Hospital. She was seconded from there to serve the Emergency Medical Service at St Margaret's Hospital, Epping. There, Kerridge and her colleagues created an improvised laboratory for work in pathology and blood transfusions.

Elizabeth I of England 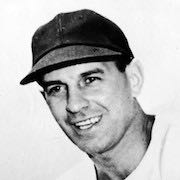 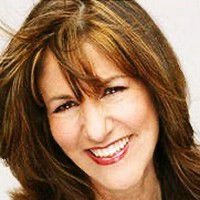