George was born to Diantha Cogdell and James George in Denton, Texas. She attended North Texas State University (now University of North Texas) for three years until she was crowned Miss Texas in 1970. At that time, Texas Christian University awarded scholarships to Miss Texas honorees. As a result, George left UNT and enrolled at TCU for several weeks until winning the Miss America crown later that fall. She was a member of Zeta Tau Alpha sorority.

George first competed for Miss Texas as Miss Denton in 1969 finishing fourth. The next year she competed as Miss Dallas and was named Miss Texas 1970, then was crowned Miss America 1971 on September 12, 1970. The Women's Liberation Front demonstrated at the event.

George's television career began as a host on the comedy show "Candid Camera."

CBS Sports producers approached George to become a sportscaster in 1974. The following year, she joined the cast of The NFL Today, co-hosting live pregame shows before National Football League games. She was one of the first women to have a nationally prominent role in television sports coverage. Hannah Storm, an anchor at ESPN's SportsCenter, called George "a true trailblazer" for being an inspirational role model for women who wanted to pursue careers in sportscasting.

Another duty George had with CBS Sports was working on horse racing events, including the Preakness Stakes and the Belmont Stakes. Additionally, George had a brief stint on a television news version of People magazine in 1978 and a job as a morning television talk show host as co-anchor of the CBS Morning News in 1985. She also hosted her own prime-time talk show, 1994's A Phyllis George Special, on which she interviewed then-President Bill Clinton, and a 1998 talk show called Women's Day on the cable network PAX. George also appeared as a guest on The Muppet Show in 1979.

In 1985, CBS settled on Phyllis George to serve as a permanent anchor for its morning news program. George was given a three-year contract following a two-week trial run. As co-anchor, she interviewed newsmakers including then–First Lady Nancy Reagan.

A low point of her eight-month stint on The CBS Morning News happened when George embarrassed herself during a May 1985 interview with Gary Dotson and Cathleen Webb. Dotson had just been freed after six years in prison on a rape charge by Webb. Webb ended up recanting her story so Dotson was set free. Both appeared on the CBS program as part of, what George later told Tom Shales of The Washington Post, was a Webb-Dotson press tour "charade." Both were or had appeared on NBC News and ABC News as well as other media outlets. As the segment began to wrap, George first suggested the two shake hands. After a brief hesitation from them and no hand shake, George then proposed they "hug it out". Only a brief moment of awkwardness followed but no hug. The invitation to embrace was deemed highly inappropriate prompting a few phone calls from irate CBS viewers. George was also criticized in the press.

According to news reports at the time, George had been brought in to boost the ratings of the perennial third place ranked program. CBS News staffers were mystified as to why someone with little to no journalism experience was picked over a more qualified candidate from the CBS News roster of reporters and anchors. George had been a talent for the sports division, but had not worked in news. However, this experiment failed to work out and George would be ousted just a few months later. Maria Shriver, then a CBS News employee, took her place as part of another revamp of the program.

George founded two companies in the course of her business career, the first of which was "Chicken by George" chicken fillets. In 1988 after operating for only two years, George sold the company to Hormel Foods, which agreed to operate it as a separate division. In 1991, George received the "Celebrity Women Business Owner of the Year" from the National Association of Women Business Owners.

In 2003, she created Phyllis George Beauty, which markets a line of cosmetics and skincare products through television shopping network HSN.

She also wrote or co-authored five books—three about crafts, one on dieting (her first book, The I Love America Diet, published in 1982), and the final one published during her lifetime, Never Say Never (2002).

George was the founder of the Kentucky Museum of Art and Craft, and was an avid folk and traditional arts collector. She was also a founding member of the Henry Clay Center for Statesmanship.

George resurfaced in 2000 when she played a minor character in the hit movie Meet the Parents. It was one of her very few film roles.

George was married twice. Her first marriage was to Hollywood producer Robert Evans, and her second to Kentucky Fried Chicken owner and former Governor of Kentucky, John Y. Brown Jr. George served as Kentucky's First Lady during Brown's term in office. During her marriage to Brown, she had two children, Lincoln Tyler George Brown and Pamela Ashley Brown. Both of George's marriages ended in divorce.

On January 28, 2007, reporter Howard Fineman said on The Chris Matthews Show that George had moved back to Kentucky and was considering entering politics with either a run for governor in 2007 or a Senate race against Senate Minority Leader Mitch McConnell in 2008. Neither event occurred. On October 3, 2009, Verne Lundquist of CBS Sports said during the broadcast of a Georgia football game that George had moved to Athens, Georgia.

George died, aged 70, of complications from Polycythemia vera on May 14, 2020 at the Albert B. Chandler Hospital in Lexington, Kentucky.

The contents of this page are sourced from Wikipedia article on 17 May 2020. The contents are available under the CC BY-SA 4.0 license.
View Phyllis George 's image gallery
Image Gallery 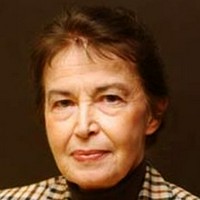 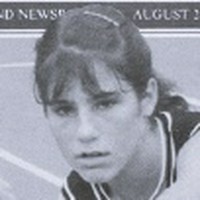 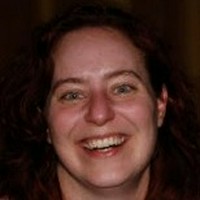 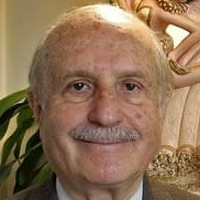 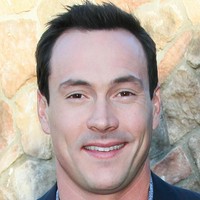 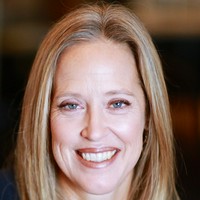 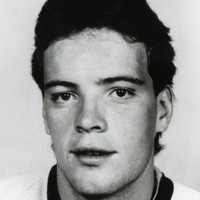 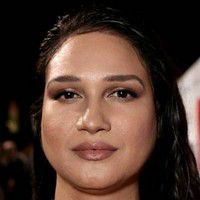