Philippe von Stauffenberg, also known as "PVS", (born 1964) is a German businessman, residing in London, United Kingdom. He is the Managing Partner of Solidus Partners LLP, which he founded in 2004. Solidus Partners is a private equity firm, which makes investments in media and green technologies.

PVS was born in France and raised all over the world due to his parents being diplomats. He speaks German, English, Spanish and French fluently. He is married with 4 children

PVS holds a BA and MA in history from Harvard and earned a MBA from the Harvard Business School.

von Stauffenberg started his career as a consultant at Bain & Company. Before founding Solidus Partners LLP, Mr. von Stauffenberg worked for the European arm of Hicks, Muse, Tate & Furst (HMTF) now known as HM Capital Partners in London for 5 years where he sourced, made investments and later often assumed a role as operational manager in the portfolio companies. He gained his buy-and-build experience as an entrepreneur when he bought and ran the companies Heitman Documentation Services and Borg (1995–1998) for which he left Warburg Pincus (1992–1995).

Between 2004 and 2008 PVS led two transactions in the media industry, investing in the German Klassik Radio franchise and developing the business to become the pre-eminent listed German Radio franchise. During 2005, Philippe also laid the foundations for the Mood Media transaction, where he led the financing and consolidation of the three European in-site media companies in a €130 m Buy& Build transaction. He served as Executive Chairman until July 2007. In 2010 PVS was instrumental in selling the company to Fluid Music, Canada, which then became Mood Media Corporation. PVS served both Klassik Radio and Mood Media Corporation as Vice Chairman. In September 2013 PVS became the Executive Chairman of Mood. At the end of 2014 PVS stepped down from this role and served as a director of the board until February 2016.

Since 2012 he is also a director of the UK company Valpak Limited, a provider of environmental compliance and data management services in the UK and internationally. 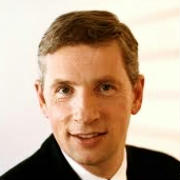