Philippe Van Dievoet (Brussels. 1654 – Paris, 1738) was a celebrated goldsmith and jeweller. He was goldsmith to King Louis XIV, conselor of the King and Consul of Paris.

He married at Paris Anne Martinot (died 1707), daughter of the watchmaker and clockmaker Balthazar Martinot (1636–1716), clockmaker to Queen Anna of Austria and then watchmaker to the King.

He was a brother of the sculptor Peter Van Dievoet (1661–1729) and the father of the printer Guillaume Vandive. 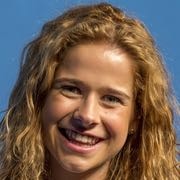