Philippe Morillon (born 24 October 1935 in Casablanca, Morocco) is a former French general and was a Member of the European Parliament until 2009. He was elected on the Union for French Democracy ticket with the Alliance of Liberals and Democrats for Europe group. On 23 July 2004 he was elected Chair of the Committee on Fisheries.
Before turning to politics he was an army General, and commanded the United Nations Forces in Bosnia (1992-1993). In Serebenica, Bosnian Muslim survivors fled into three eastern enclaves where the Bosnian republican army had resisted: Goražde, Žepa and Srebrenica, their populations swelled by displaced deportees, cowering, bombarded relentlessly and largely cut off from supplies of food and medicine. The population of Srebrenica swelled from 9,000 to 42,000, and by March 1993 the situation was sufficiently horrific that Philippe Morillon to lead a convoy into the battered pocket and, appalled, promised: “You are now under the protection of the UN forces. I will never abandon you.” The UN duly proclaimed Srebrenica as one of six “safe areas” to be defended by the United Nations Protection Force (our emphasis), or Unprofor. In July 1995, 8000 Bosnian men and boys were massacred in Srebrenica.
After Bosnia, Morillon commanded the Rapid Reaction Force, after which he retired with the rank of général de corps d'armée. He is a Grand Officer of the Légion d'honneur.
In September 2010, Morillon was denied access to Srebrenica Genocide memorial by Bosniak women who believed that he had allowed the Srebrenica massacre. 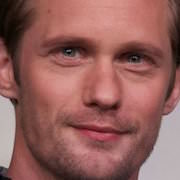