Philip S. Abrams is a computer science researcher who co-authored the first implementation of the APL programming language.

In 1962, Kenneth E. Iverson published his book A Programming Language, describing a mathematical notation for describing array operations in mathematics. In 1965, Abrams and Lawrence M. Breed produced a compiler that translated expressions in Iverson's APL notation into IBM 7090 machine code.

In the 1970s, he was vice president of development for STSC, Inc. 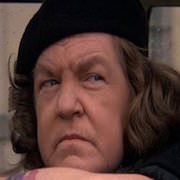