Phil Graham was a member of the Cronulla-Sutherland Sharks President's Cup side in 1977, but a desire to play for the St. George Dragons saw him graded at the Dragons in 1979.

As a 19 year old, he made his first grade debut on 29 July 1979 after being plucked from the Under 23's by coach Harry Bath. Phil Graham had four seasons at the Dragons before retiring at the end of 1982.

Philip Graham was the son of the St. George Dragons fullback from the 1960s, Brian Graham. 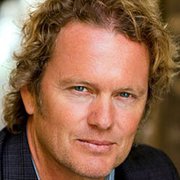