Philip Dowson was born in South Africa. He educated at Gresham's School, Holt, Norfolk, England, from 1938 to 1942 and then went up to University College, Oxford (where he later designed four student accommodation blocks for Stavertonia in North Oxford) to read Mathematics. This was during the Second World War. After one year at Oxford, he joined the Royal Navy and remained in the service until 1947.

On leaving the Navy, Dowson proceeded to Clare College, Cambridge to study Art from 1947 to 1950 and then to the Architectural Association School, London.

From 1953, Dowson worked with the engineer Sir Ove Arup, becoming a founding partner in Arup Associates in 1963 and rising to be the firm's senior partner and Chief Architect in 1969.

Dowson has contributed to a large number of major projects, including new buildings for the Universities of Oxford and Cambridge. He died aged 90 on 22 August 2014.

National Life Stories conducted an oral history interview (C467/71) with Philip Dowson in 2002 for its Architects Lives' collection held by the British Library.

Dowson also served as a Trustee of the National Portrait Gallery. 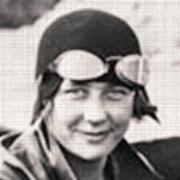