Phil Popham was Global Operations Director for the global Jaguar Land Rover business, responsible for the fortunes of the companies worldwide. Having spent almost his entire career with Land Rover (he joined in 1988), he took up his current position in December 2010. He presided over a period of rapid growth for the company, leading to record sales of more than 200,000 vehicles. Jaguar Land Rover announced his resignation on 28th November 2014 to take up the position of CEO, Sunseeker.

He was born in 1965 in Redditch, Worcestershire, England, and graduated with a first class BSc (Hons) in management studies from the University of Aston, Birmingham.

Having joined Land Rover as a graduate trainee in 1988, Popham has spent all but two years of his career with the company. His first directorial role and foreign posting saw him based in South Africa as Marketing Director between 1995 and 1997. He continued to gain international experience between 1998 and 1999, as Vice President of Marketing for Land Rover North America. He then left Land Rover to become Head of Operations, Volkswagen Commercial Vehicles from 1999 to 2001, before being lured back by the attractions of Land Rover’s UK Sales Directorship. Two years of record sales and profits helped propel him to appointment as Managing Director Jaguar and Land Rover (UK) in March 2003. A promotion to Director of Global Operations for Land Rover followed in February 2006, leading almost immediately (April 2006) to his being elevated to the Managing Director role. As he said at the time “it is a great honour and challenge to take the helm of such an iconic brand”

Popham has presided over a major UK-based automotive success story. Land Rover has sold more than four million vehicles since its inception in 1948, but never so extensively or in such volumes as now. The company employs 10,000 workers (and supports a further 40,000 in the extended supply chain). Over 70% of models are sold abroad in over 160 countries, with the UK being the company’s largest single market. Popham has also overseen the introduction of “the world’s leading carbon offset programme” offsetting all CO2 produced by Land Rover manufacturing (and for UK, France, Belgium, Austria, Norway, Sweden, Denmark, China, the Gulf region drivers - the first 45,000 miles on the road). When allied to the introduction of fuel-efficient diesel across the range, Popham notes that “we are as serious about sustainability as we are confident about the continuing relevance and desirability of our vehicles.”

Having witnessed shifts of ownership from BMW to Ford to Tata, Popham is on record as saying that Land Rover’s success is self-sustaining. “We are in the middle of a sales phenomenon” he has noted, adding “we are solidly in the black, very profitable and the future looks extremely bright for the brand.”

Popham is married with two children and lives in Warwickshire. In addition to his allegiance to West Bromwich Albion F.C. and general passion for football he follows all sports, and enjoys travel. 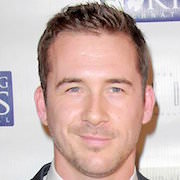