As Petra Muller, she first achieved international recognition, when she became the 1983 European Junior Champion at 400 metres. She also won a gold medal in the 4 × 400 m relay.

Muller won her biggest individual title in 1988, when she became the European Indoor Champion in 50.28 secs, which at the time ranked her fourth on the indoor all-time list. At the 1988 Olympics she won the silver medal in the 400 m, between Soviets Olga Bryzgina (gold) and Olga Nazarova (bronze). She also won the bronze medal in the 4 × 400 m relay, with teammates Neubauer, Emmelmann and Busch.

In 1990, now competing as Petra Schersing, she won a silver medal at the European Championships in Split, finishing behind her teenage teammate Grit Breuer and won a gold medal in the relay, with new teammates Manuela Derr, Annett Hesselbarth and Breuer.

She is married to fellow Olympic sprinter Mathias Schersing. 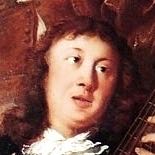