Petr (or Pyotr) Andreyevich Pavlensky (Russian: Пётр Андреевич Павленский; born March 8, 1984) is a Russian publisher of the journal Political Propaganda. Known for his controversial political performance art, which he calls "actions", Pavlensky is a significant figure in political activism, and his work often involves nudity and self-mutilation. Pavlensky explicitly denounces the "mechanics of power", forcing authorities to take part in his artistic actions by staging them in areas with heavy police surveillance, explaining that "the criminal case becomes one of the layers of the artwork" and the government is "[drawn] into the process of making art".

Born in Leningrad in 1984, Pavlensky studied monumental art at the Saint Petersburg Art and Industry Academy. During his fourth year in the Academy, he took additional training at St. Petersburg Pro Arte Foundation for Culture and Arts (ru:Про Арте).

Pavlensky's "actions" are inspired in part by Pussy Riot, as demonstrated in Seam, and follow in the tradition of artists such as Chris Burden, the Viennese Actionists, and Moscow Actionists Oleg Kulik and Alexander Brener.

Pavlensky and Oksana Shalygina founded an independent online newspaper Political Propaganda in 2012, which was dedicated to contemporary art in political contexts, "overcoming cultural chauvinism, implemented by the government", feminism and gender equality.

Pavlensky first became known for sewing his mouth shut in political protest against the incarceration of members of the Russian punk group Pussy Riot. On July 23, 2012, Pavlensky appeared at Kazan Cathedral, St. Petersburg with his lips sewn shut, holding a banner that stated, "Action of Pussy Riot was a replica of the famous action of Jesus Christ (Matthew 21:12–13)". Police called an ambulance and sent him for a psychiatric examination; the psychiatrist declared him sane and released him shortly after the incident. The artist stated that he was highlighting the lack of regard for artists in contemporary Russia, saying: "My intention was not to surprise anyone or come up with something unusual. Rather, I felt I had to make a gesture that would accurately reflect my situation."

Seam references David Wojnarowicz's actions in Rosa von Praunheim's documentary Silence = Death (1990), in which Wojnarowicz had sewn his own lips shut in protest of the Reagan administration's lack of action against the AIDS epidemic.

On November 14, 2012, Reuters published its list of the 98 best photos of the year which included a photograph of Pavlensky with his mouth sutured in support of Pussy Riot.

On May 3, 2013, Pavlensky held a political protest against repressive government policies. His art action was called Carcass. His assistants brought him naked, wrapped in a multilayered cocoon of barbed wire, to the main entrance of the Legislative Assembly of Saint Petersburg. The artist remained silent, lying still in a half-bent position inside the cocoon, and did not react to the actions of others until he was released by the police with the help of garden clippers. This performance was awarded the Alternative Prize for Russian Activist Art in the category Actions Implemented in Urban Space in 2013.

In her interview with Radio Liberty, Pavlensky's colleague Oksana Shalygina mentioned that a metaphor of the action had its immediate realization in the reality: as soon as the barbed wire was cut off, and the artist was freed from it, the same exact wire wrapped him back in with police, ambulances and numerous field investigators.

Later, Pavlensky made the following comment about his art work:

A series of laws aimed at suppressing civic activism, intimidation of the population, steadily growing number of political prisoners, the laws against NGOs, the 18+ laws, censorship laws, activity of Federal Service for Supervision of Communications, Information Technology and Mass Media, "promotion of homosexuality" laws – all these laws aren't aimed against criminals, but against the people. And at last the Blasphemy law. That is why I organized this action. The human body is naked like a carcass, there is nothing on it except the barbed wire, which by the way was invented for the protection of livestock. These laws like the wire, keep people in individual pens: all this persecution of political activists, "prisoners of May, 6", governmental repressions is the metaphor of the pen with the barbed wire around it. All this has been done in order to turn people into gutless and securely guarded cattle, which can only consume, work, and reproduce.:

On November 10, 2013, while sitting naked on the stone pavement in front of Lenin's Mausoleum on the Red Square, Moscow, Pavlensky hammered a large nail through his scrotum, affixing it to the stone pavement. His action coincided with the annual Russian Police Day. Pavlensky said the work represents "apathy [and] political indifference". When the police arrived, they covered him with a blanket and later arrested him. "A naked artist, looking at his testicles nailed to the cobblestone is a metaphor of apathy, political indifference, and fatalism of Russian society," declared Pavlensky in his statement to the media.

On February 23, 2014, Pavlensky organized an action called Freedom in support of Maidan and the 2014 Ukrainian revolution. The artist and his friends built an imitation barricade on Tripartite Bridge in Saint Petersburg, burned tires, and beat drums. The action was interrupted by Saint Petersburg police who arrested Pavlensky and his colleagues.

On February 25, 2014, Dzerzhinsky Criminal Court stopped the administrative case against Pavlensky on the accusations of hooliganism, and released them from prison. An investigation into Pavlensky's alleged violation of the regulations on political meetings continued. He was charged with vandalism due to the tire burning.

On October 19, 2014, Pavlensky cut off his earlobe with a chef's knife while sitting naked on the roof of the infamous Serbsky Center to protest political abuse of psychiatry in Russia.

Pavlensky came to the first entrance of the Lubyanka Building, which is the headquarters of the Russian Federal Security Service, on November 9, 2015 at 1:15 a.m. Moscow time, doused the front door with gasoline, and set fire to it with a cigarette lighter. The doors of the building were partially burnt. Pavlensky stood and waited to be arrested, was detained after 30 seconds without resistance, and was charged with debauchery. A few hours after the action, a video appeared on the Internet with an explanation of the meaning of the burning. The action is called "Lubyanka's burning door" according to Pavlensky, and it references filmmaker Oleg Sentsov's incarceration.

The criminal case against Pavlensky was opened on November 9, 2015 under the "vandalism" section of Article 214 of the Russian criminal code. On November 10, 2015 in the Tagansky district court, in support of Oleg Sentsov, Pavlensky declared: "I want my action to be reclassified to terrorism." He was held in a psychiatric ward for a few weeks, and spent seven months in prison waiting for his trial.

According to gallerist Marat Gelman, the action shows Pavlensky's "obvious symbolism". "The Lubyanka door is the gate of hell, the entrance into the world of absolute evil. And against the backdrop of hellfire is a lonely artist, waiting to be captured ... Pavlensky's figure at the door of the FSB in flames - very important symbol for today's Russia, both political and artistic."

On 8 June 2016, the Moscow criminal court declared Pavlensky guilty of vandalism and sentenced him to a fine of 500,000 rubles, which Pavlensky did not pay.

On 13 August 2016, Pavlensky gave a lecture in Odessa, Ukraine which ended with the inebriated Ukrainian journalist and screenwriter Vladimir Nestrenko instigating a fight that ended with his stabbing one of two security guards who tried to subdue him. The second of the two security guards suffered a fatal heart attack after the incident.

On 16 October 2017, in his first action outside of Russia, Pavlensky was arrested in Paris after setting fire to the street-level windows of an office of the Bank of France, located on the Place de la Bastille in Paris. He was charged with property damage, together with his partner Oksana Shalygina. He was initially detained in a psychiatric unit, until a judge ordered him to be placed in pretrial detention at Fleury-Mérogis Prison. Pavlensky went on two hunger strikes while imprisoned.

On 10 January 2019, Pavlensky was sentenced to three years in prison; his pre-trial detention was counted as time served and the remaining two years were suspended. Shalygina was sentenced to two years in prison, of which 16 months were spent on probation. In addition, the convicts are obliged to pay the Bank of France €18,678 as compensation for material damage and €3,000 for moral damage. According to the newspaper Le Matin, Pavlensky in response shouted in Russian "Never!".

In 2012, Pavlensky participated in the alumni and students art exhibition Oculus Two organized by the Pro Arte Foundation.

In 2013, in front of the State Hermitage Museum in Saint Petersburg, he organized a street art exhibition titled Ghosts of Identity, which came as a project of his Political Propaganda periodical.

In 2017, Pavlensky participated in Art Riot at the Saatchi Gallery in London.

In the beginning of 2017, Pavlensky received asylum in France, after he fled Russia with his partner Oksana Shalygina and their children amid allegations of sexual assault against the couple. Media in Russia reported that a young actress from Moscow theatre Teatr.doc, Anastasia Slonina, had accused Pavlensky and Shalygina of sexually assaulting her and then threatening her. Pavlensky denied the allegations and said the investigation was politically motivated; similarities have been noted with the accusations against Russian historian Yury A. Dmitriev. The couple moved from Russia to France in response.

In February 2020, Benjamin Griveaux, a former government minister, lodged a legal complaint following the release of videos of him performing a sex act on himself. Petr Pavlensky and his girlfriend are suspected of invasion of privacy and “broadcasting images of a sexual nature without the permission of the person involved”. Pavlensky allegedly admitted to releasing the video on his website, saying he wanted to expose the minister's “hypocrisy”. Pavlenski was arrested on 14th February 2020 for stabbing two people in a Paris flat during a New Year's Eve party. The police was looking for him since then.

He was awarded the Václav Havel Prize for Creative Dissent in 2016. The Prize was later withdrawn after Pavlensky announced his intention to dedicate it (and its monetary award) to an insurgent group and then explicitly endorsed the use of violence as a valid method to combat government oppression.

Pavlensky was also nominated for Russia's "Innovation" art prize in 2016, but was later barred by the National Centre for Contemporary Art on the grounds that he had broken the law, prompting four members of the jury to leave in protest.

The contents of this page are sourced from Wikipedia article on 20 Feb 2020. The contents are available under the CC BY-SA 4.0 license.
View Petr Pavlenski 's image gallery
Image Gallery 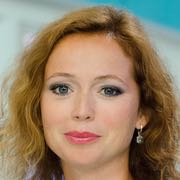 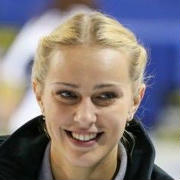