Petina Gappah (born 1971) is a Zimbabwean lawyer and writer. She writes in English, though she also draws on Shona, her first language.

Petina Gappah was born in Zambia, in Copperbelt Province. She has said: "My father, like many skilled black workers who could not get jobs in segregated Rhodesia, sought his fortune elsewhere. He and my mother moved to Kitwe, a town on the booming Zambian copper belt." She was brought up in Zimbabwe, where her parents returned when she was nine months old. After the country's Independence her family moved to a formerly white area in what is now Harare, and she was one of the first black pupils in a primary school formerly reserved for white children. She started writing aged about 10 or 11, and her first published story was in the St. Dominic’s Secondary School magazine when she was 14.

Gappah said in a 2009 interview: "I started writing seriously in May 2006. I joined the Zoetrope Virtual Studio, a story I posted there caught the attention of an editor at the online journal Per Contra, I entered some stories in competitions, I did well in one competition, and when I was sufficiently confident, I looked for an agent who looked for a publisher on my behalf." Gappah's first book, An Elegy for Easterly, a story collection that she says is "about what it has meant to be a Zimbabwean in recent times", was published by Faber and Faber in April 2009 in the United Kingdom and in June 2009 in the United States. It was shortlisted for the Frank O'Connor International Short Story Award, the richest prize for the short-story form. The book has been described as "a collection of stories about every layer of Zimbabwean culture: from the educated and the elite to the quirky, the completely mad and the children running in the street." It won the Guardian First Book Award in 2009, at which time Gappah spoke of her objection to being labelled by her publisher (and subsequently Amazon) as "the voice of Zimbabwe", commenting in an interview: "'It's very troubling to me because writing of a place is not the same as writing for a place.... If I write about Zimbabwe, it's not the same as writing for Zimbabwe or for Zimbabweans.'" An Elegy for Easterly has been translated into several languages, including Chinese, Dutch, Finnish, French, Japanese, Norwegian, Serbian and Swedish.

In 2010 Gappah moved back to Harare for three years to work on her first novel, The Book of Memory. Published in 2015, it is the fictional testament of an imprisoned albino woman on death row, who is hoping for a presidential reprieve. The Book of Memory was described by Maya Jaggi in The Guardian as "a powerful story of innocent lives destroyed by family secrets and sexual jealousy, prejudice and unacknowledged kinship", and by Anita Sethi in The Observer as "a moving novel about memory that unfolds into one about forgiveness, and a passionate paean to the powers of language". In a 2016 interview, Gappah said: "I’m a frustrated historian, which is probably clear from the book. I’m interested in excavating the social histories of Zimbabwe.... History’s always distorted to suit a political purpose, but fiction can try to redress the balance. And those are the stories I’m interested in telling—the stories of everyday normal people, who even in this injustice still managed to find their humanity." 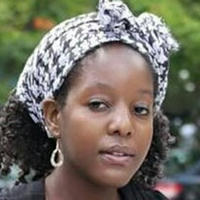 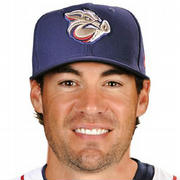