As a theoretician, Peter Zoller has written major works on the interaction of laser light and atoms. In addition to fundamental developments in quantum optics he has succeeded in bridging quantum information and solid state physics. The model of a quantum computer, suggested by him and Ignacio Cirac in 1995, is based on the interaction of lasers with cold ions confined in an electromagnetic trap. The principles of this idea have been implemented in experiments over recent years and it is considered one of the most promising concepts for the development of a scalable quantum computer. Zoller and his researcher colleagues have also managed to link quantum physics with solid state physics. One of his suggestions has been to build a quantum simulator with cold atoms and use it to research hitherto unexplained phenomena in high temperature superconductors. Zoller's ideas and concepts attract widespread interest within the scientific community and his works are highly cited.

Peter Zoller and Crispin Gardiner have jointly written the books

Peter Zoller has received numerous awards for his achievements in the field of quantum optics and quantum information and especially for his pioneering work on quantum computers and quantum communication. These include the Micius Quantum Prize (2018), the Willis E. Lamb Award for Laser Science and Quantum Optics (2018), the Herbert Walther Award from the OSA (2016), the Wolf Prize in Physics (with Juan Ignacio Cirac) (2013), the "Hamburger Preis für theoretische Physik" (2011), the Blaise Pascal Medal in Physics (2011), The Franklin Institute's 2010 Benjamin Franklin Medal in Physics (with Juan Ignacio Cirac and David Wineland), the 2008 BBVA Foundation Frontiers of Knowledge Award, in the Basic Sciences category (ex aequo with Ignacio Cirac), the Dirac Medal (2006), the 6th International Quantum Communication Award (2006), the Niels Bohr/UNESCO Gold Medal (2005), the Max Planck Medal (2005) of the Deutsche Physikalische Gesellschaft, the Humboldt Research Award (2000), the Schrödinger Prize (1998) of the Austrian Academy of Sciences, the Max Born Award (1998) of the Optical Society of America, as well as the Wittgenstein Award (1998), Austria's highest scientific accolade, the Ludwig Boltzmann Prize (1983) of the Austrian Physical Society. In 2001, Peter Zoller became full member of the Austrian Academy of Sciences, in 2008 he was elected to the United States National Academy of Sciences and the Royal Netherlands Academy of Arts and Sciences, in 2009 to the Spanish Royal Academy of Sciences, in 2010 to the German Academy of Sciences Leopoldina, in 2012 to the European Academy of Sciences, and in 2013 to the Academia Europaea. In 2019 he has received the honorary doctorate of the University of Colorado Boulder and in 2012 one of the University of Amsterdam.

The contents of this page are sourced from Wikipedia article on 09 Mar 2020. The contents are available under the CC BY-SA 4.0 license.
View Peter Zoller 's image gallery
Image Gallery 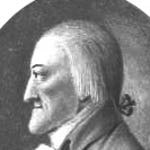