Peter Wessel Zapffe (December 18, 1899 – October 12, 1990) was a Norwegian metaphysician, author, lawyer and mountaineer. He is often noted for his philosophically pessimistic and fatalistic view of human existence—his system of philosophy in line with the work of the earlier philosopher Arthur Schopenhauer, by whom he was inspired—as well as his firm advocacy of antinatalism. His thoughts regarding the error of human life are presented in the essay "The Last Messiah" (Norwegian: Den sidste Messias, 1933). This essay is a shorter version of his best-known work, the philosophical treatise On the Tragic (Om det tragiske, 1941).

Zapffe's theory is that humans are born with an overdeveloped skill (understanding, self-knowledge) which does not fit into nature's design. The human craving for justification on matters such as life and death cannot be satisfied, hence humanity has a need that nature cannot satisfy. The tragedy, following this theory, is that humans spend all their time trying not to be human. The human being, therefore, is a paradox.

Zapffe was a prolific mountaineer and took a very early interest in environmentalism. This form of nature conservationism sprung from the intent, not of protecting nature, but to avoid human culturalization of nature. He is the author of many humorous short stories about climbing and other adventures in nature.

Zapffe married twice. He remained married to his second wife Berit Zapffe until his death in 1990. Berit herself died in May 2008. Zapffe remained childless by choice. 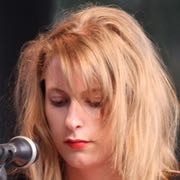